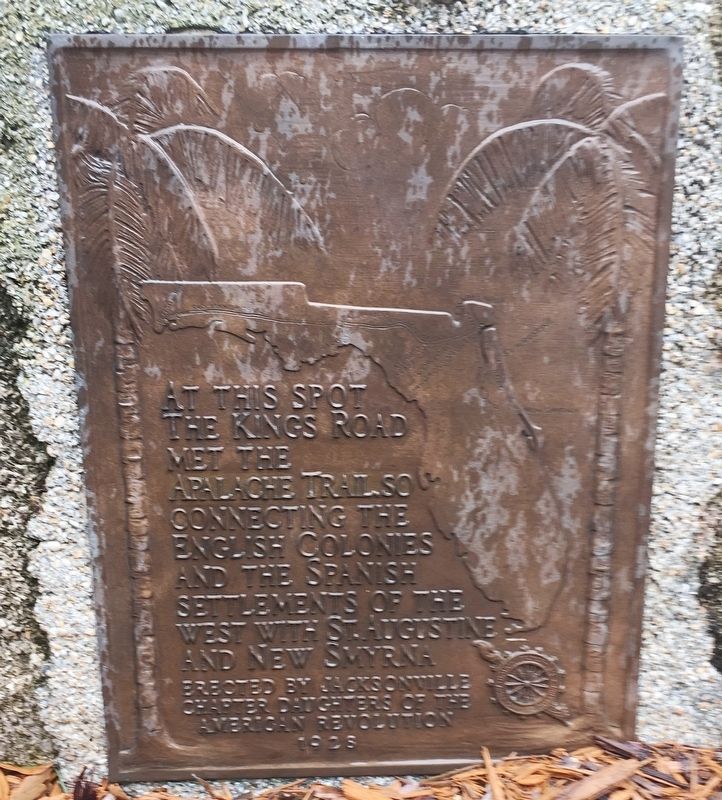 At this spot the Kings Road met the Apalache Trail, so connecting the English colonies and the Spanish settlements of the west with St. Augustine and New Smyrna

Erected 1928 by Jacksonville Chapter Daughters of the American Revolution.

Topics and series. This historical marker is listed in these topic lists: Colonial Era • Roads & Vehicles • Settlements & Settlers. In addition, it is included in the Daughters of the American Revolution (DAR) series list.

Location. 30° 19.781′ N, 81° 39.532′ W. Marker is in Jacksonville, Florida, in Duval County. Marker is at the intersection of W.Duval St. and N. Laura Street, on the left when traveling west on W.Duval St.. Located at the northeast corner of Hemming Park. Touch for map. Marker is at or near this postal address: 117 WDuval Street, Jacksonville FL 32202, United States of America. Touch for directions. 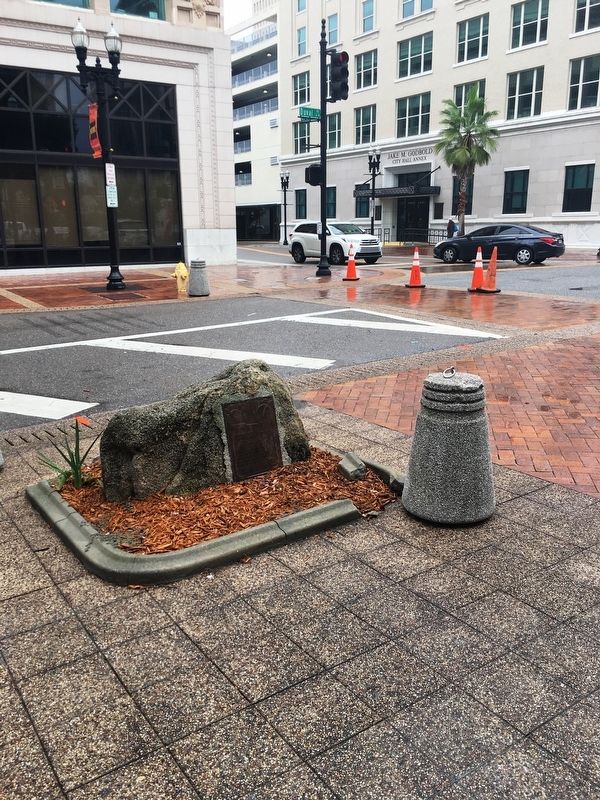