Point in the 2D Line of Works 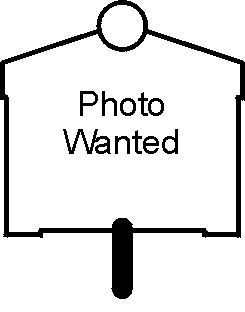 More about this marker. According to the description information provided by the National Park Service, the marker is a, "Bronze tablet west side of Market and south side of the Western & Atlantic. By Tracks."

Regarding Point in the 2D Line of Works. 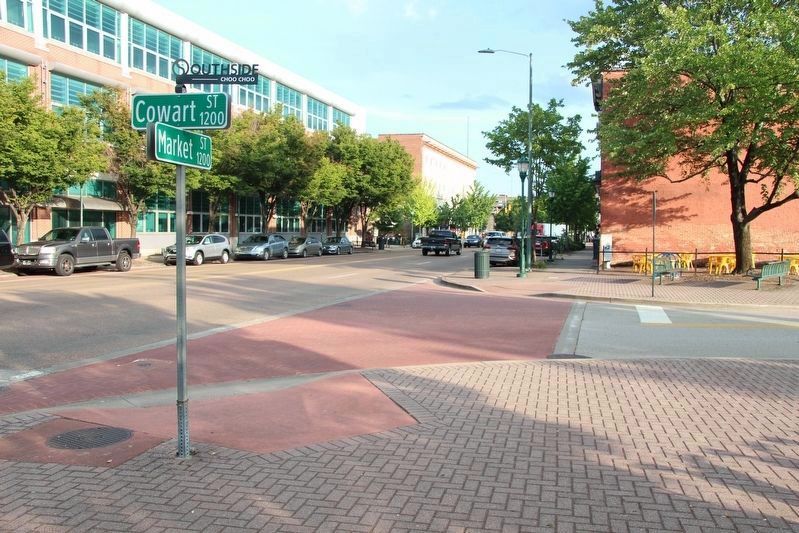 Photographed By Dale K. Benington, August 10, 2019
2. Point in the 2D Line of Works Marker
After studying the Sanborn Fire Insurance maps, provided by the Chattanooga Library, and comparing it to the information provided by the National Park Service records, I would argue that this marker was originally situated right about where the street sign for the Market and Cowart Streets intersection is presently situated. This is a view looking southeast along Market Street.

Click or scan to see
this page online
With much help from Suzette Raney of the Local History and Genealogy Department of the Chattanooga Public Library, I have been able to put together some background information on these bronze and/or iron, Civil War related, tablets placed throughout the city of Chattanooga.

According to a newspaper article published in the Chattanooga Times on, December 1, 1893, there was a committee appointed from the chamber of commerce to identify historical points in connection with the occupancy of Chattanooga by Federal and Confederate troops. These points were to later be marked by a bronze tablet bearing a description of the event which transpired at that point. According to a Battlefield Guide, published in 1897 by the Chattanooga Chamber of Commerce, “For the 20th reunion of the Society of the Army of the Cumberland, September 18-20, 1889, the publisher of the Guide compiled the following list of historical points, which list, has since been revised and bronze tablets placed on or near the sites by the Government.” So it would appear that it was sometime between late 1893 and 1897 that these tablets were erected, by the government. 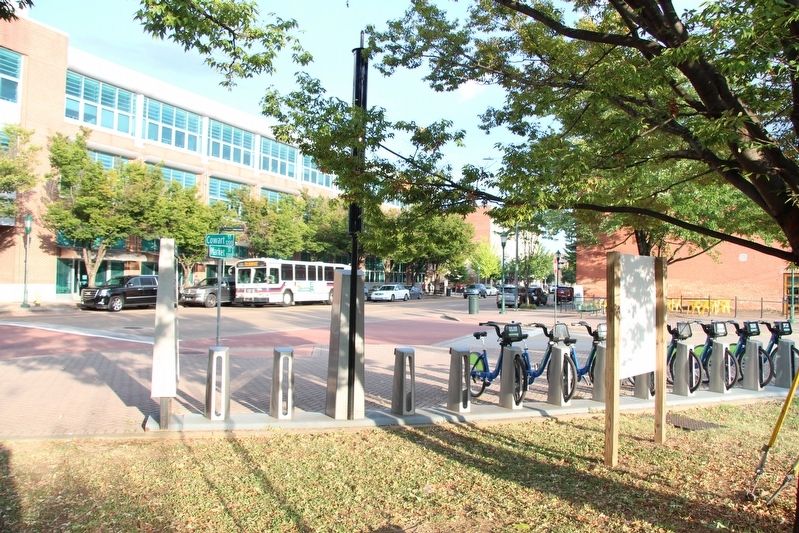 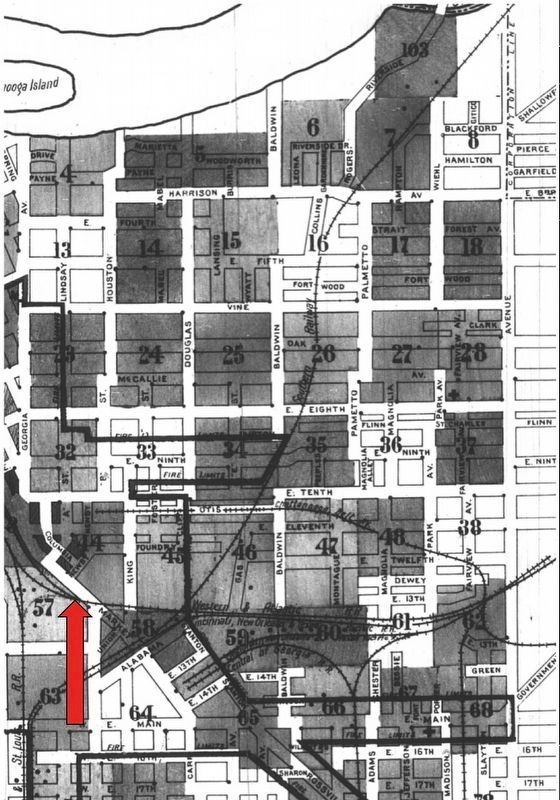 Image courtesy of the Chattanooga Public Library.
4. Sanborn Fire Insurance map
This is a view of the marker site (see red arrow on map) prior to downtown Chattanooga Renewal Project, that removed the Western & Atlantic crossing of Market Street. 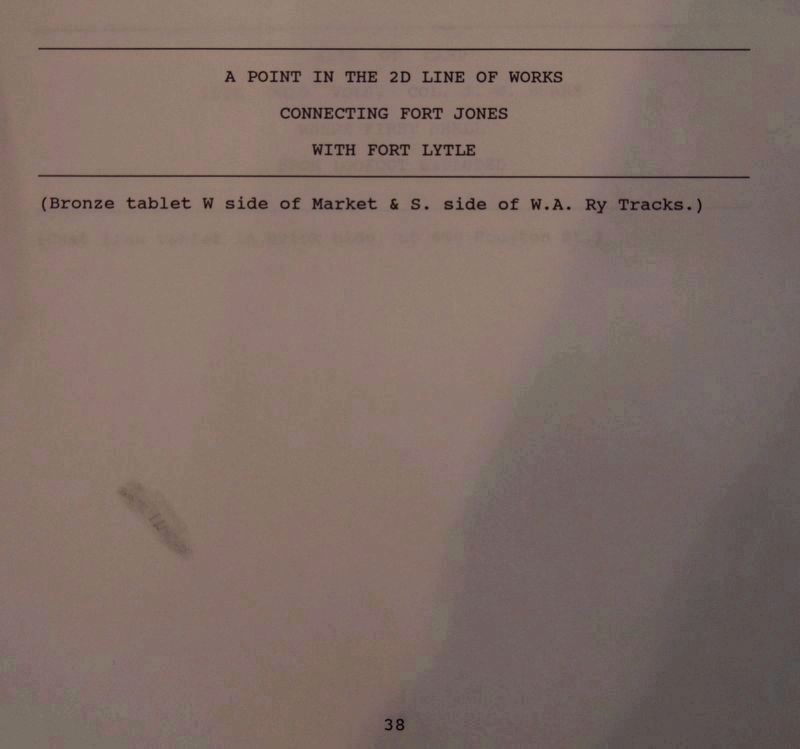 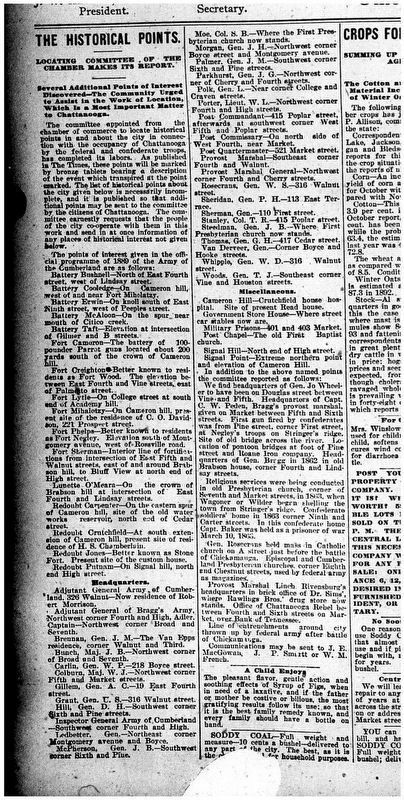