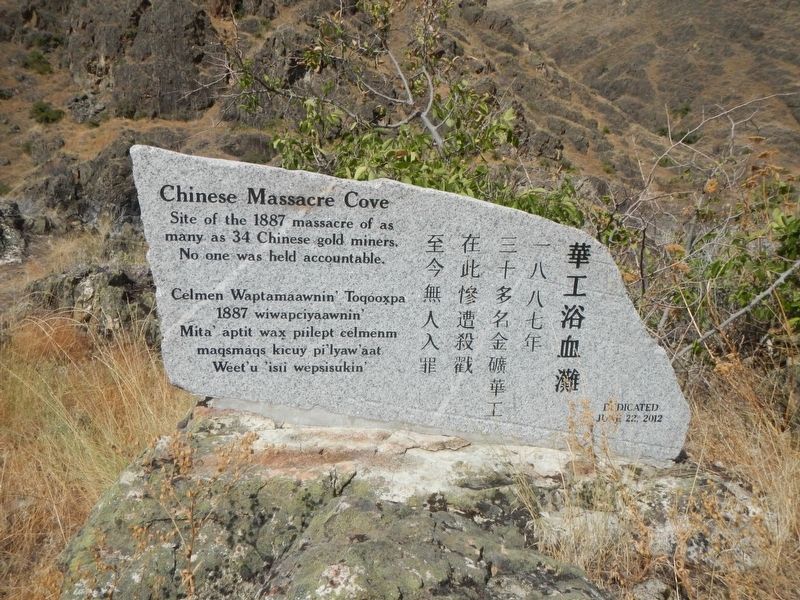 Photographed By Barry Swackhamer, August 24, 2019
1. Chinese Massacre Cove Marker
Inscription.
(The text of this marker is in English, Sahaptin (Nez Percé), and Chinese) ,
Site of the 1887 massacre of as many as 34 Chinese gold miners. No one was held accountable. , . This historical marker was erected in 2012. It is Near Imnaha in Wallowa County Oregon