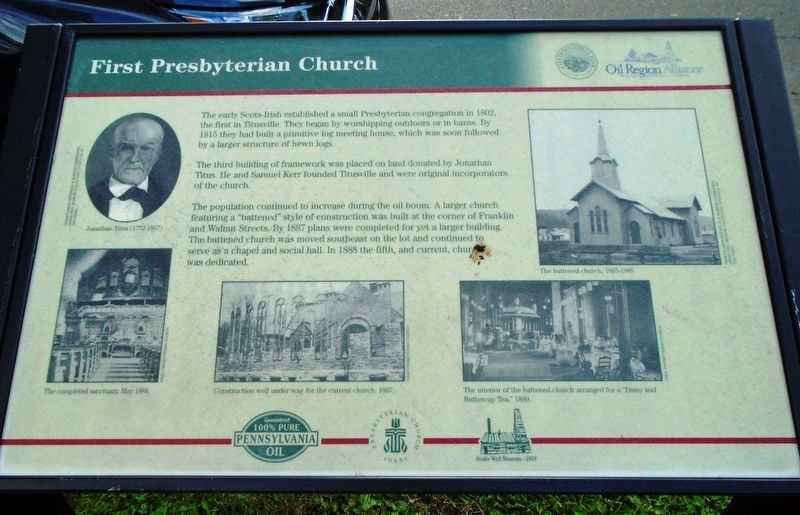 The early Scots-Irish established a small Presbyterian congregation in 1802, the first in Titusville. They began by worshipping outdoors or in barns. By 1815 they had built a primitive log meeting house, which was soon followed by a larger structure of hewn logs.

The third building of framework was placed on land donated by Jonathan Titus. He and Samuel Kerr founded Titusville and were original incorporators of the church.

The population continued to increase during the oil boom. A larger church featuring a "battened" style of construction was built at the corner of Franklin and Walnut Streets. By 1887 plans were completed for yet a larger building. The battened church was moved southeast on the lot and continued to serve as a chapel and social hall. In 1888 the fifth, and current, church was dedicated.

. The interior of the battened church arranged for a "Daisy and Buttercup Tea," 1889.

. Construction well under way for the current church, 1887.

. Jonathan Titus (1772-1857) . This historical marker was erected by Oil Region Alliance and City of Titusville. It is in Titusville in Crawford County Pennsylvania