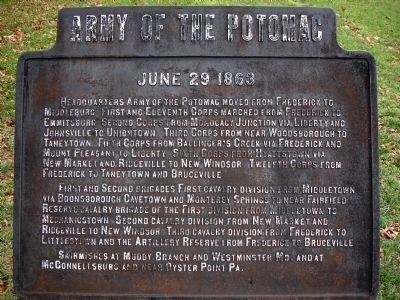 Skirmishes at Muddy Branch and Westminster, Md., and at McConnellsburg and near Oyster Point, Pa. November 24, 2008
2. Army of the Potomac Tablet on the front lawn of the Old Carroll County Courthouse