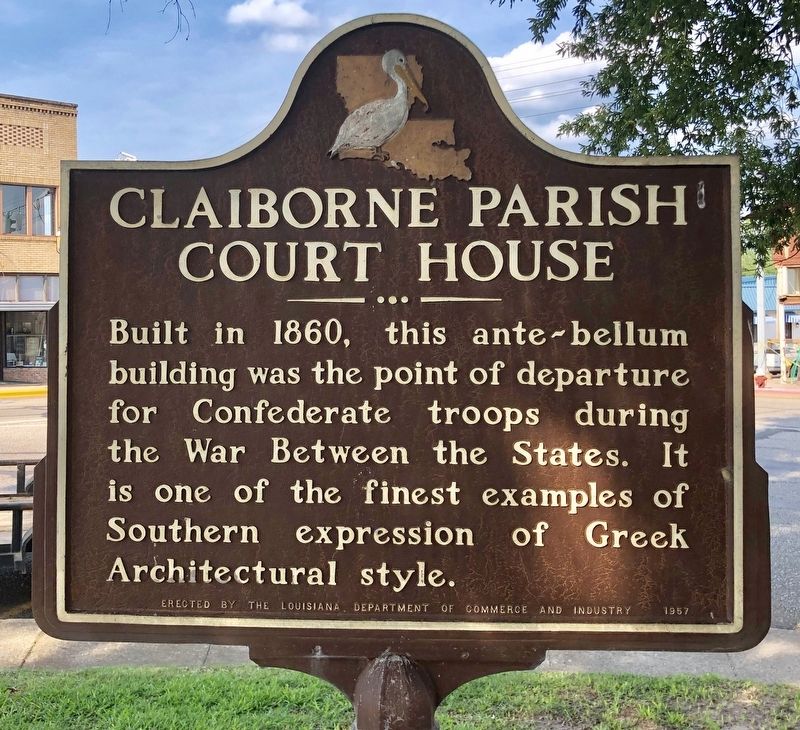 Built in 1860, this ante-bellum building was the point of departure for Confederate troops during the War Between the States. It is one of the finest examples of Southern expression of Greek Architectural style.

Erected 1957 by Louisiana Department of Commerce and Industry.

Topics. This historical marker is listed in these topic lists: Architecture • War, US Civil.

Other nearby markers. At least 2 other markers are within 6 miles of this marker, measured as the crow flies. Claiborne Parish War Memorial (within shouting distance of this marker); Arizona Academy Site (approx. 5.7 miles away). 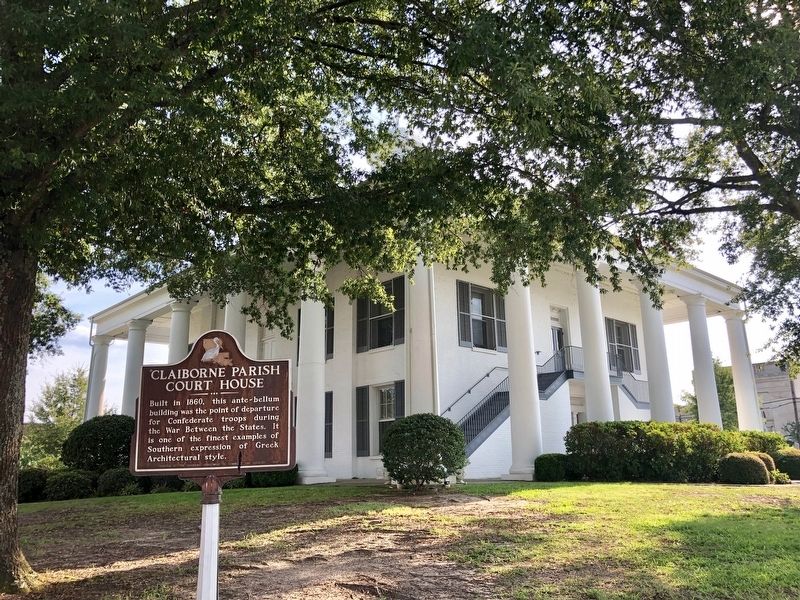 By Mark Hilton, August 30, 2019
2. Claiborne Parish Court House and marker.
courthouse, located on Homer's town square, was completed in 1861. Of the four antebellum courthouses remaining in the state, it is the only one which still functions in its original capacity. 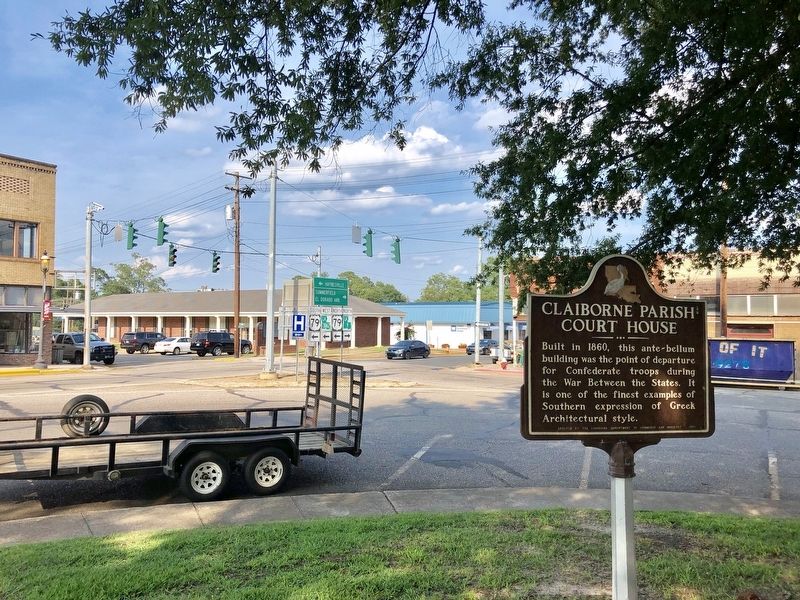 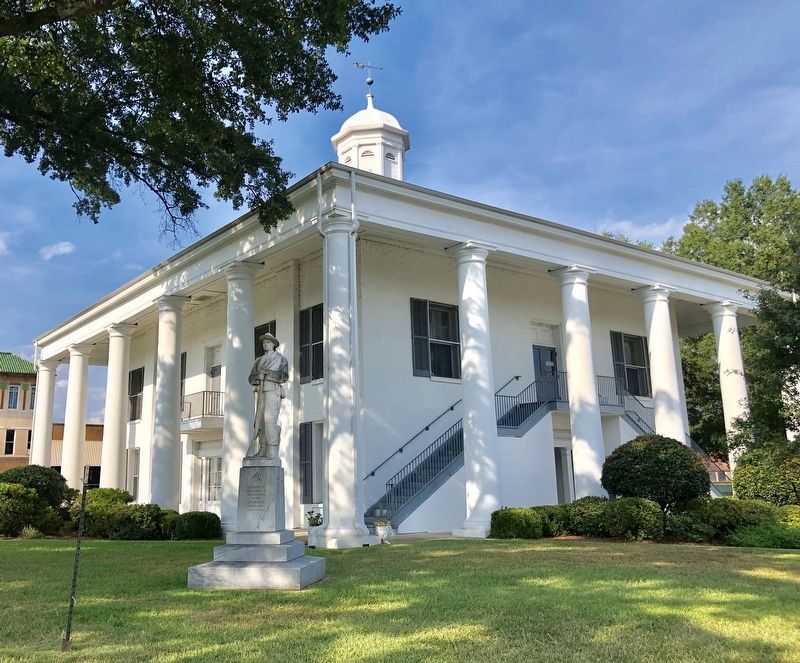