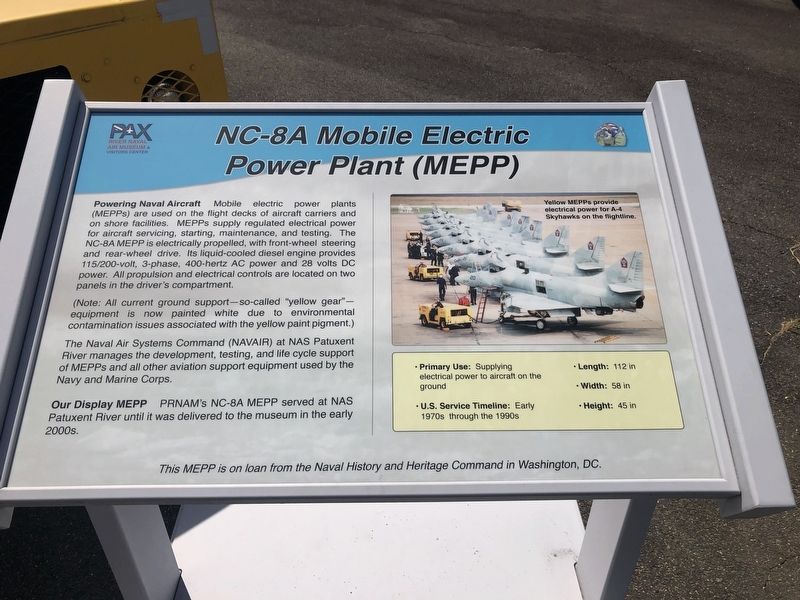 . .
This MEPP is on loan from the Naval History and Heritage Command in Washington, DC. . . This historical marker was erected by Patuxent River Naval Air Museum. It is in Lexington Park in St. Mary's County Maryland

The Naval Air Systems Command (NAVAIR) at NAS Patuxent River manages the development, testing, and life cycle support of MEPPs and all other aviation support equipment used by the Navy and Marine Corps.

Our Display MEPP PRNAM's NC-8A MEPP serves at NAS Patuxent River until it was delivered to the museum in the early 2000s. 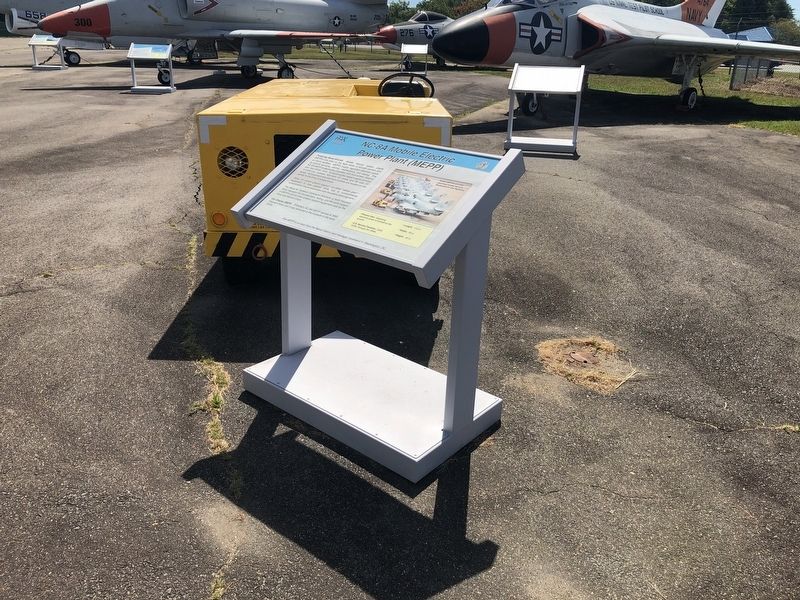 This MEPP is on loan from the Naval History and Heritage Command in Washington, DC.