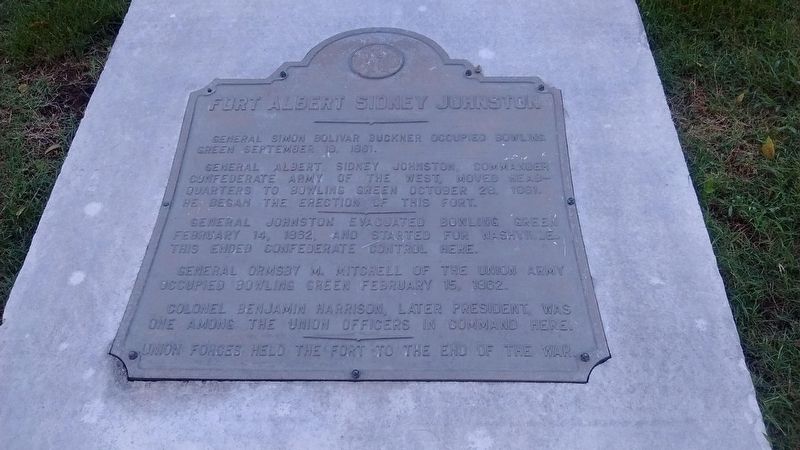 General Albert Sidney Johnston, Commander Confederate Army of the West, move headquarters to Bowling Green October 28, 1861. He began the erection of this fort.

Colonel Benjamin Harrison, later President, was one among the Union officers in command here.

Union forces held the fort to the end of the war.

Topics and series. This historical marker is listed in these topic lists: Forts and Castles • War, US Civil. In addition, it is included in the Former U.S. Presidents: #23 Benjamin Harrison series list. A significant historical date for this entry is September 18, 1861.

Location. 36° 59.262′ N, 86° 27.111′ W. Marker is in Bowling Green, Kentucky, in Warren County. Marker can be reached from the intersection of Hilltop Drive and College Heights Boulevard, on the left when 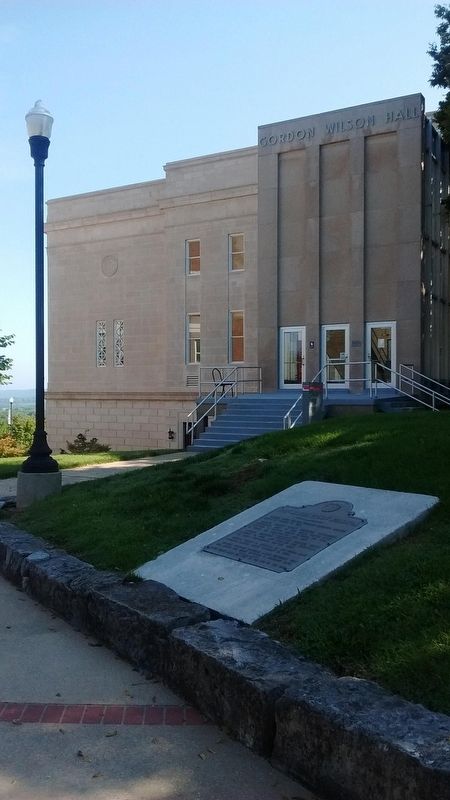 Click or scan to see
this page online
traveling west. This marker is located outside Gordon Wilson Hall at Western Kentucky University. Touch for map. Marker is in this post office area: Bowling Green KY 42101, United States of America. Touch for directions. 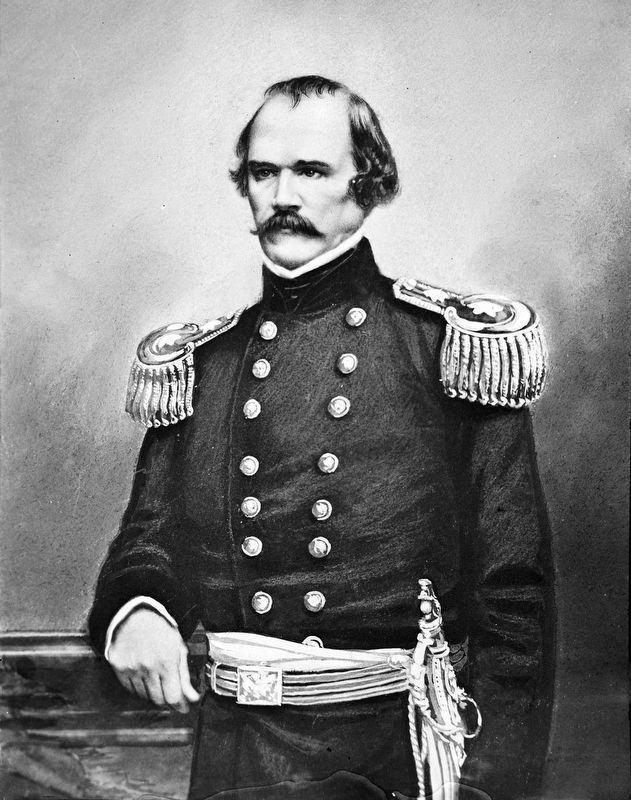 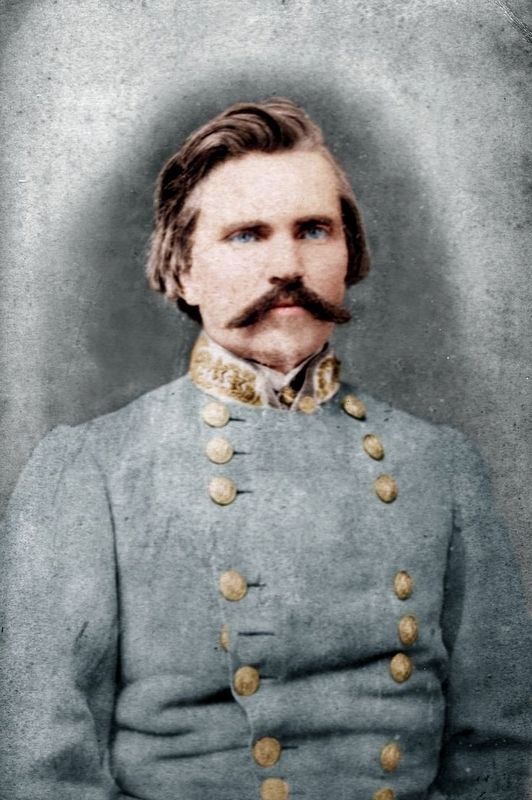 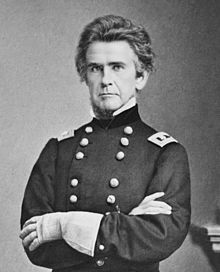 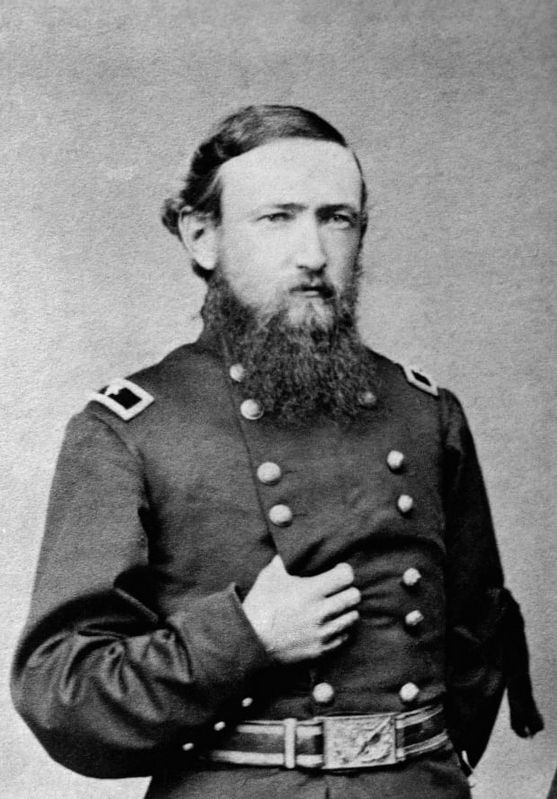