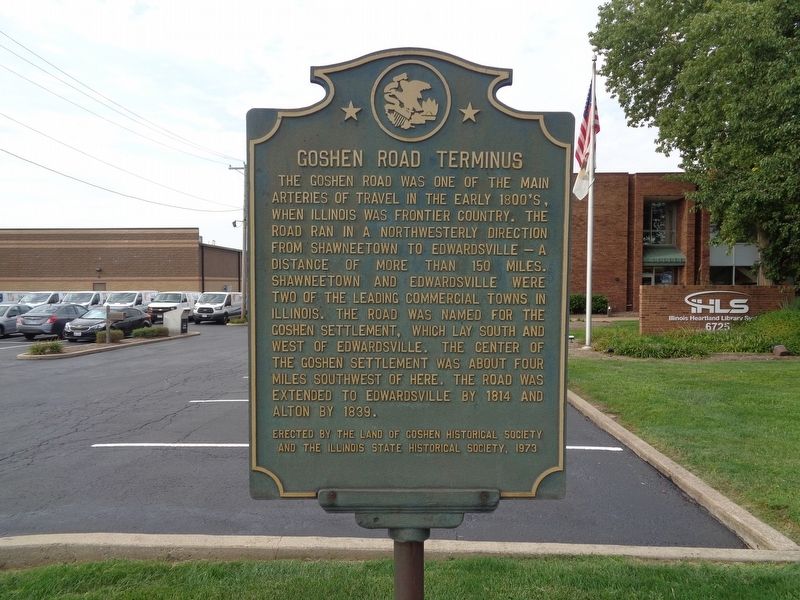 Photographed By Jason Voigt, September 3, 2019
1. Goshen Road Terminus Marker
Inscription.
Goshen Road Terminus. . The Goshen Road was one of the main arteries of travel in the early 1800's, when Illinois was frontier country. The road ran in a northwesterly direction from Shawneetown to Edwardsville -- a distance of more than 150 miles. Shawneetown and Edwardsville were two of the leading commercial towns in Illinois. The road was named for the Goshen settlement, which lay south and west of Edwardsville. The center of the Goshen settlement was about four miles southwest of here. The road was extended to Edwardsville by 1814 and Alton by 1839. . This historical marker was erected in 1973 by Land of Goshen Historical Society and the Illinois State Historical Society. It is in Edwardsville in Madison County Illinois

Topics and series. This historical marker is listed in this topic list: Roads & Vehicles. In addition, it is included in the Illinois State Historical Society series list.

Other nearby markers. At least 8 other markers are within 2 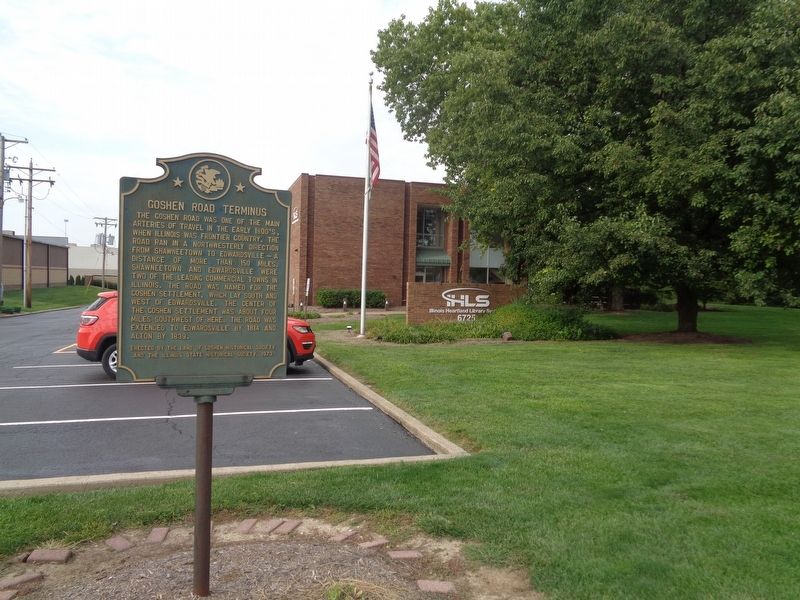