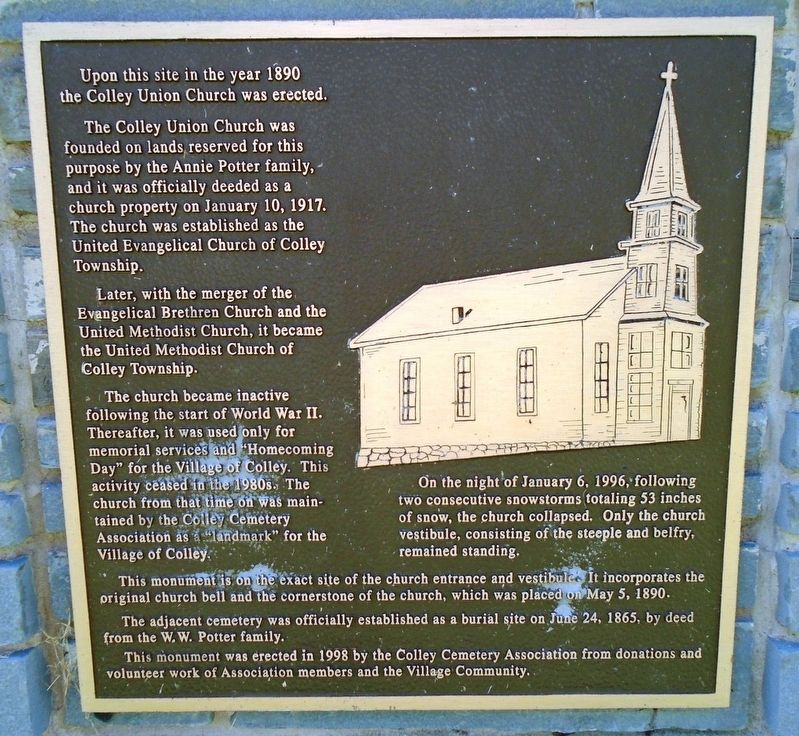 Upon this site in the year 1890 the Colley Union Church was erected.

The Colley Union Church was founded on lands reserved for this purpose by the Annie Potter family, and it was officially deeded as a church property on January 10, 1917. The church was established as the United Evangelical Church of Colley Township.

On the night of January 6, 1996, following two consecutive snowstorms totaling 53 inches of snow, the church collapsed. Only the church vestibule, consisting of the steeple and belfry, remained standing.

This monument is on the exact site of the church entrance and vestibule. It incorporates the original church bell and the cornerstone of the church, which was placed on May 5, 1890.

The adjacent cemetery was officially established as a burial site on June 24, 1865, by deed from the W.W. Potter family.