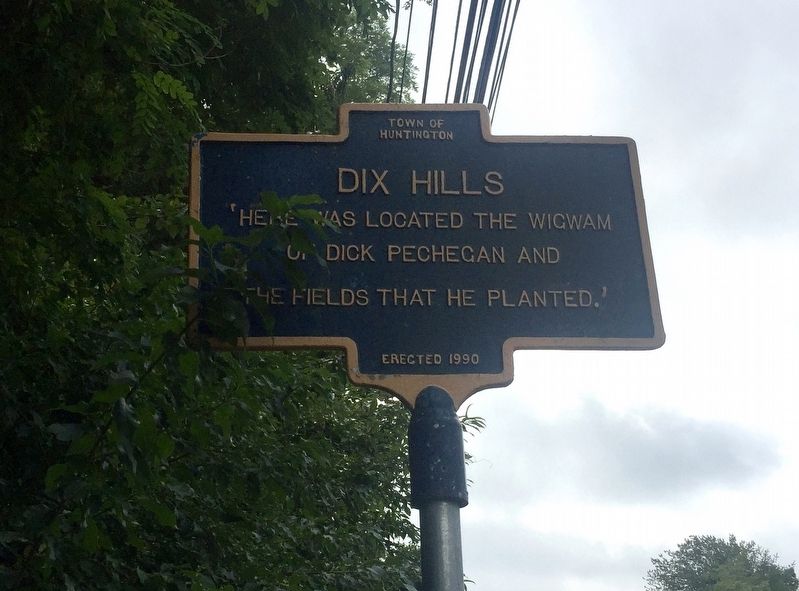 Photographed By Andrew Ruppenstein, September 4, 2019
1. Dix Hills Marker
Inscription.
Dix Hills. . 'Here was located the wigwam of Dick Pechegan and the fields that he planted.' . This historical marker was erected in 1990 by Town of Huntington. It is in Dix Hills in Suffolk County New York

'Here was located the wigwam of Dick Pechegan and the fields that he planted.'

Erected 1990 by Town of Huntington. 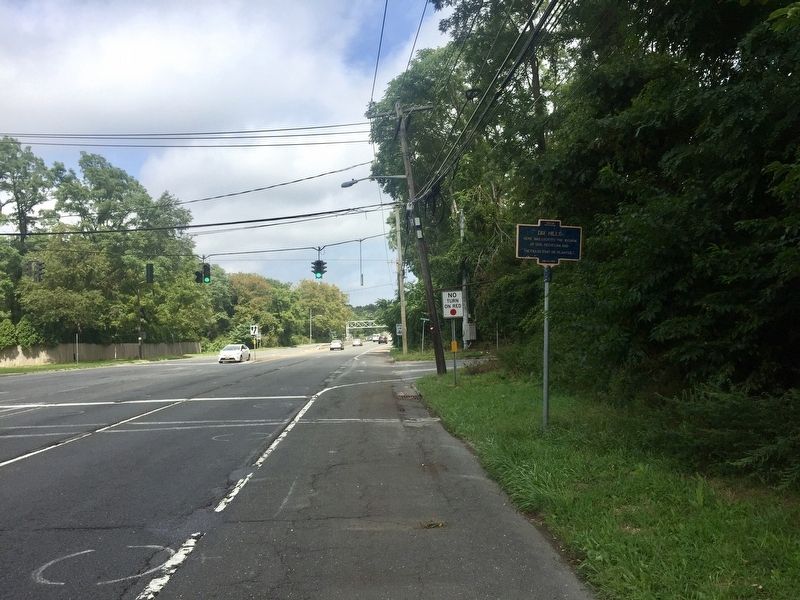 Click or scan to see
this page online
goods with the indigenous Secatogue tribe for the land that became Dix Hills in 1699. The Secatogues lived in the northern portion of the region during the later half of that century. The land was known as Dick's Hills. By lore, the name traces to a local native named Dick Pechegan, likely of the Secatogues. Scholar William Wallace Tooker wrote that the addition of the English name "Dick" to the indigenous name "Pechegan" was a common practice. Tooker wrote that Pechegan's wigwam and his planted fields became the hilly area's namesake, known as the shortened "Dix Hills" by 1911...." (Submitted on September 11, 2019.)
Credits. This page was last revised on September 11, 2019. It was originally submitted on September 11, 2019, by Andrew Ruppenstein of Sacramento, California. This page has been viewed 300 times since then and 76 times this year. Photos:   1, 2. submitted on September 11, 2019, by Andrew Ruppenstein of Sacramento, California.
Share this page.