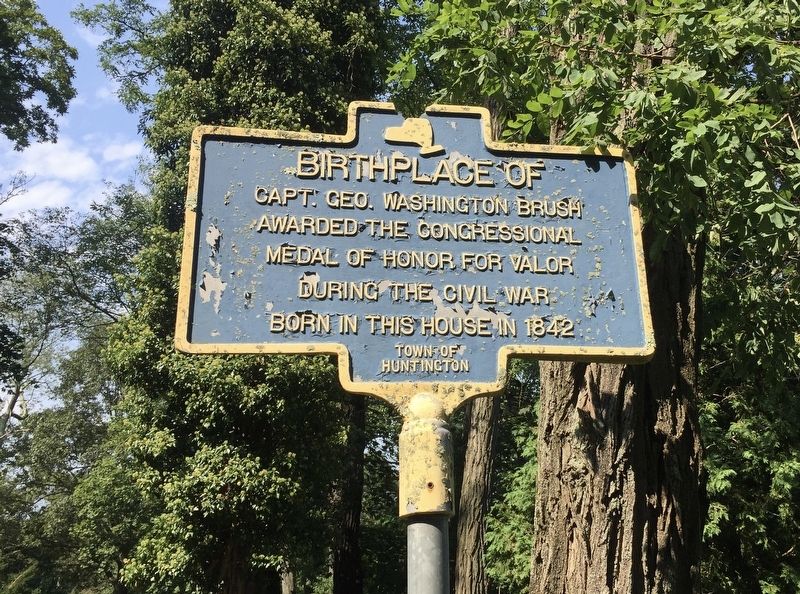 Birthplace of
Capt Geo. Washington Brush
Awarded the Congressional
Medal of Honor for valor
during the Civil War
Born in this house in 1842


Erected by Town of Huntington.

Topics and series. This historical marker is listed in this topic list: War, US Civil. In addition, it is included in the Former U.S. Presidents: #01 George Washington, and the Medal of Honor Recipients series lists. A significant historical year for this entry is 1842.

Location. 40° 49.604′ N, 73° 26.022′ W. Marker is in West Hills, New York, in Suffolk County. Marker is on Sweet Hollow Road south of Jericho Turnpike, on the right when traveling north. Touch for map. Marker is in this post office area: Huntington NY 11743, United States of America. Touch for directions. 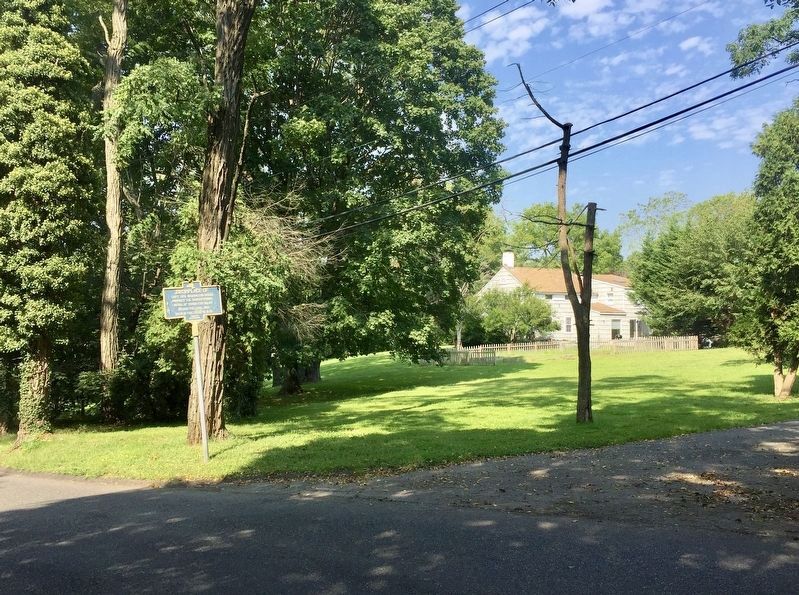 Click or scan to see
this page online
(approx. 0.9 miles away); International Boundary (approx. 1.2 miles away); Walt Whitman (approx. 1.4 miles away). Touch for a list and map of all markers in West Hills.

Also see . . .  George W. Brush (Wikipedia). "George Washington Brush (October 4, 1842 – November 18, 1927) was an American soldier, dentist, physician and politician. He served as a captain of a black company in the 34th Infantry Regiment U.S. Colored Troops in the Union Army during the American Civil War and received the Medal of Honor. After the war he became first a dentist and then a physician. He was elected to the New York State Assembly and then the State Senate. As chairman of the Senate Health Committee he helped establish the State Tuberculosis Sanatorium at Saranac Lake." (Submitted on September 12, 2019.)
Credits. This page was last revised on September 12, 2019. It was originally submitted on September 12, 2019, by Andrew Ruppenstein of Sacramento, California. This page has been viewed 151 times since then and 18 times this year. Photos:   1, 2. submitted on September 12, 2019, by Andrew Ruppenstein of Sacramento, California.
Share this page.