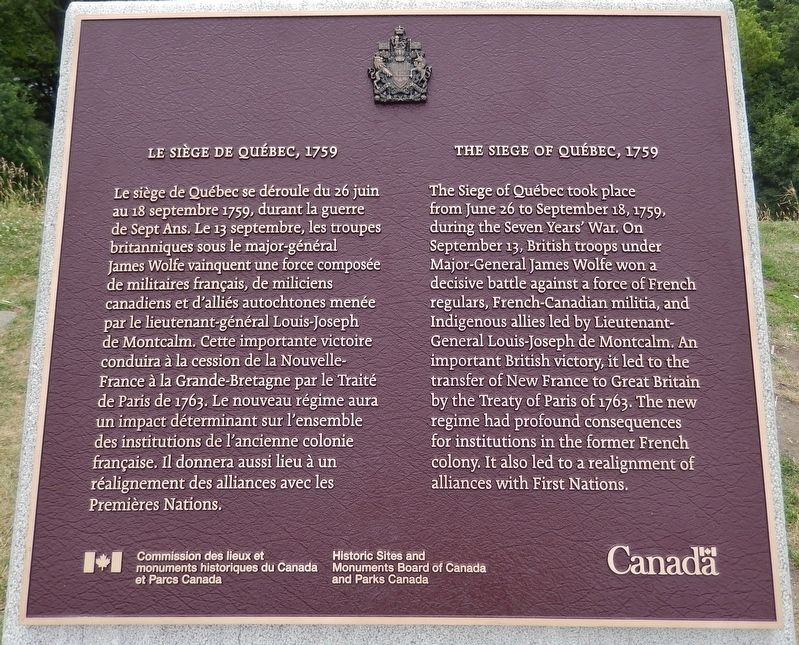 Photographed By Cosmos Mariner, August 3, 2019
1. Le Siège de Québec, 1759 / The Siege of Québec, 1759 Marker
Inscription.
English: , The Siege of Québec took place from June 26 to September 18, 1759, during the Seven Years' War. On September 13, British troops under Major-General James Wolfe won a decisive battle against a force of French regulars, French-Canadian militia, and Indigenous allies led by Lieutenant-General Louis-Joseph de Montcalm. An important British victory, it led to the transfer of New France to Great Britain by the Treaty of Paris of 1763. The new regime had profound consequences for institutions in the former French colony. It also led to a realignment of alliances with First Nations. . This historical marker was erected by Commission des lieux et monuments historiques du Canada et Parcs Canada/Historic Sites and Monuments Board of Canada and Parks Canada. It is in Québec in Communauté-Urbaine-de-Québec