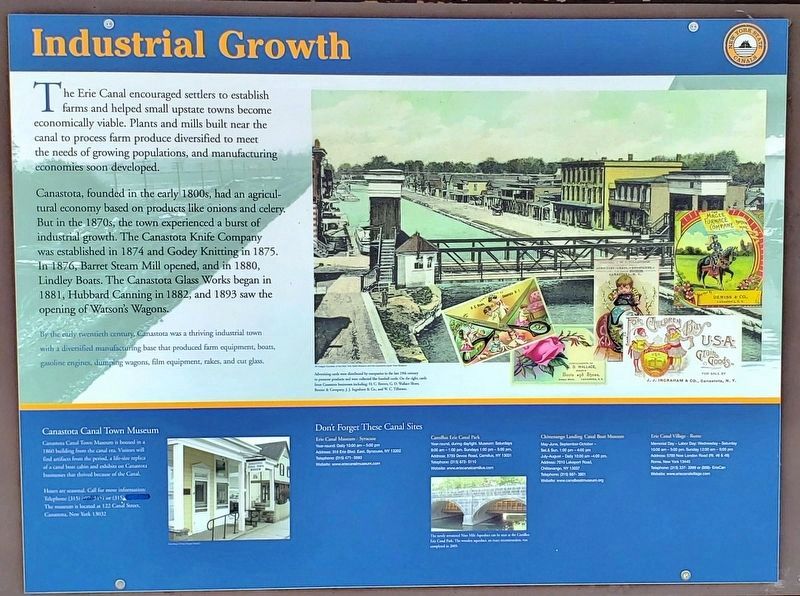 Canastota, founded in the early 1800s, had an agricultural economy based on products like onions and celery. But in the 1870s, the town experienced a burst of industrial growth. The Canastota Knife Company was established in 1874 and Godey Knitting in 1875. In 1876, Barret Steam Mill opened, and in 1880, Lindley Boats. The Canastota Glass Works began in 1881, Hubbard Canning in 1882, and 1893 saw the opening of Watson's Wagons. 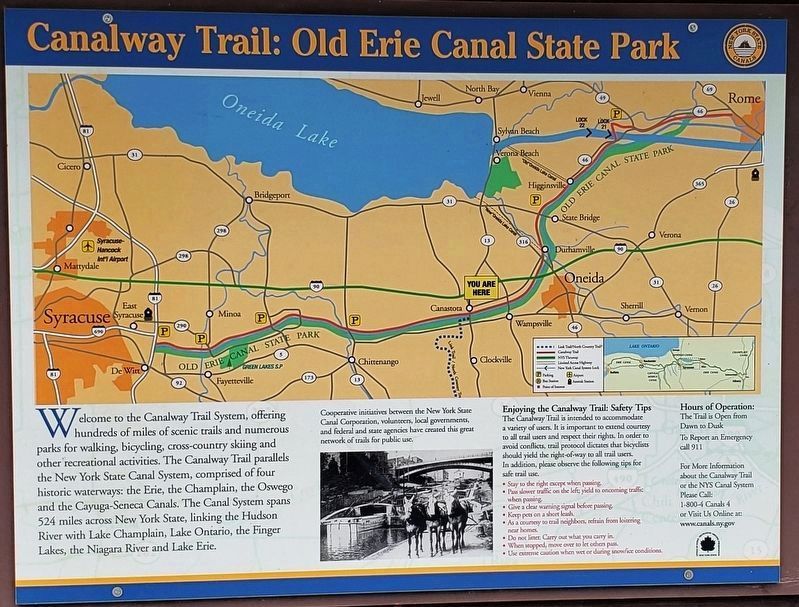 Cooperative initiatives between the New York State Canal Corporation, volunteers, local governments, and federal and state agencies have created this great network of trails for public use. 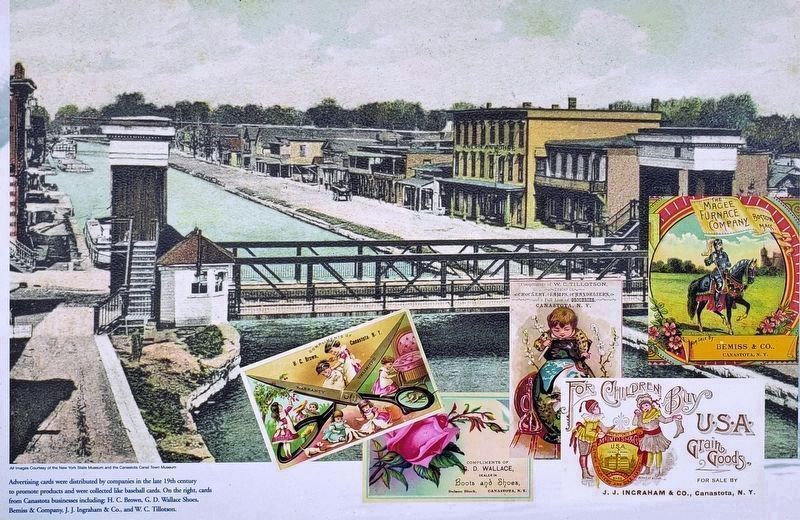 Related markers. Click here for a list of markers that are related to this marker. The Erie Canal in Canastota, New York 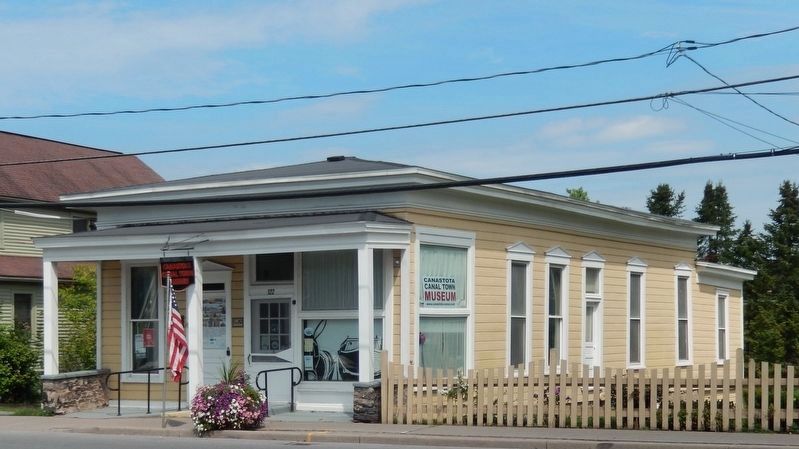 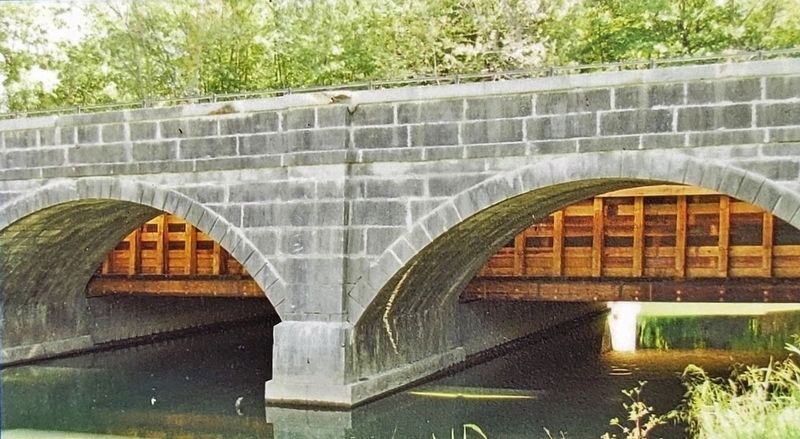