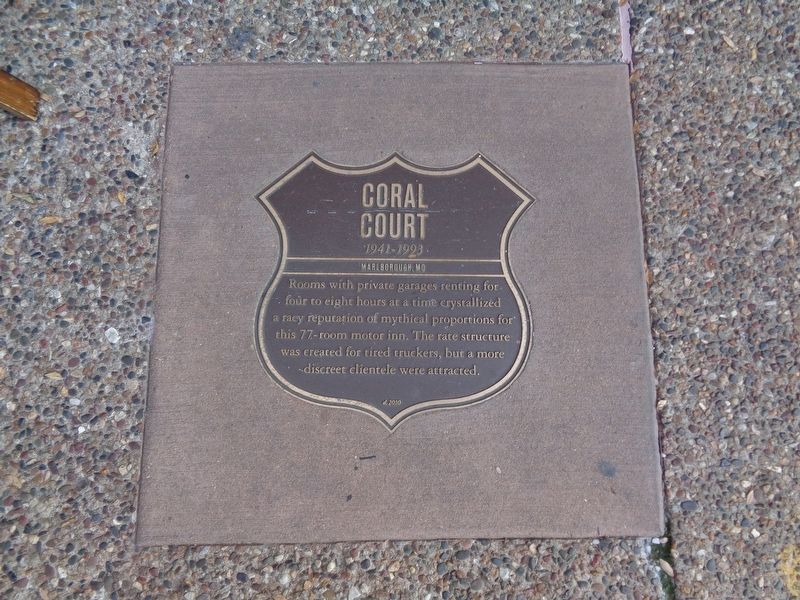 Photographed By Jason Voigt, September 10, 2019
1. Coral Court Marker
Inscription.
Coral Court. Rooms with private garages renting for four to eight hours at a time crystallized racy reputation of mythical proportions for this 77-room motor inn. The rate structure was created for tired truckers, but a more discreet clientele were attracted. . This historical marker was erected in 2010. It is in Maplewood in St. Louis County Missouri

Rooms with private garages renting for four to eight hours at a time crystallized racy reputation of mythical proportions for this 77-room motor inn. The rate structure was created for tired truckers, but a more discreet clientele were attracted. 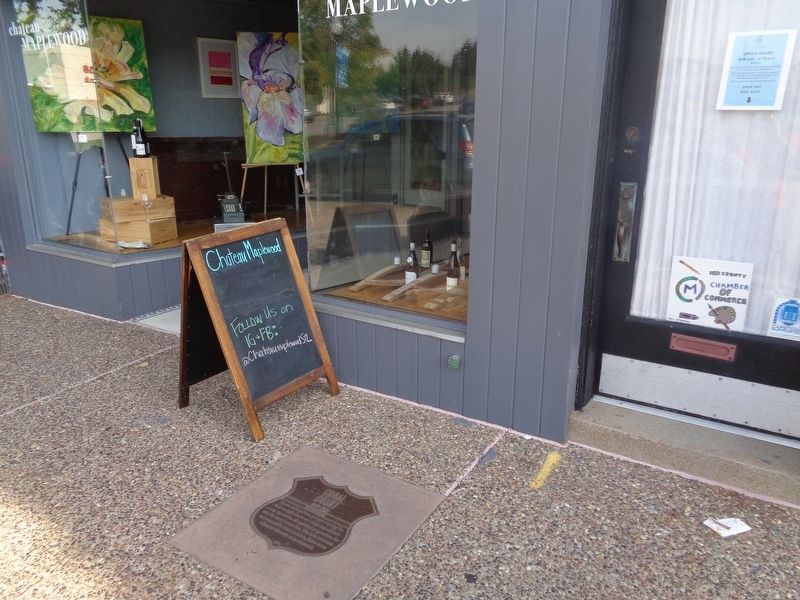 More about this marker. This is part of the City of Maplewood's Route 66 Tribute and Memorial Plaques series. This is one of six memorial sidewalk plaques.

Regarding Coral Court. The Coral Court opened in 1942. It was located at 7755 Watson Road in the St. Louis suburb of Marlborough, Missouri. In the following decades, parts of the motel were added as it grew in popularity. As the marker states, the Coral Court gained a reputation for having not just rooms to rent, but garages, which would make the motel a popular spot for adultery. Unlike several classic Route 66 businesses, the Coral Court would remain in good shape while Route 66 would be replaced by nearby constructed interstates. But by 1988, the motel was showing heavy signs of decay and was at risk for demolition. This brought a group of volunteers together in trying to preserve the Coral Court. While the site was placed on the U.S. National Register of Historic Places, efforts weren't enough to keep the place going, and by 1993, the Coral Court was closed for good. It would be torn down completely in 1995. 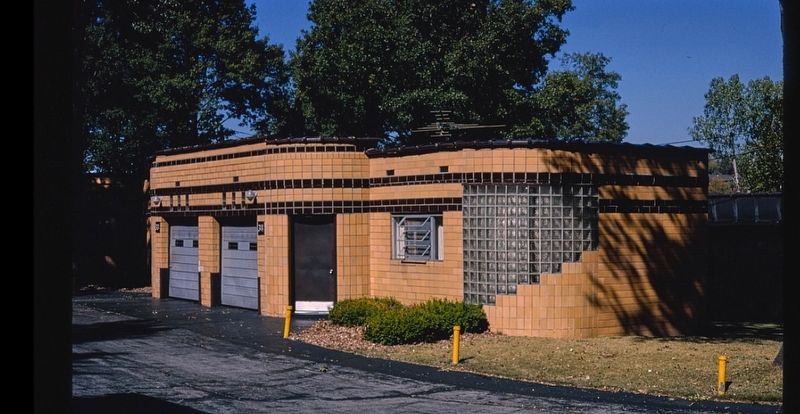 Photographed By John Margolies, 1988
3. Coral Court Motel
a new housing development and a Quiktrip gas station sits on the old Coral Court site. A part of the actual motel sits on display at the National Museum of Transportation, which is outside St. Louis.