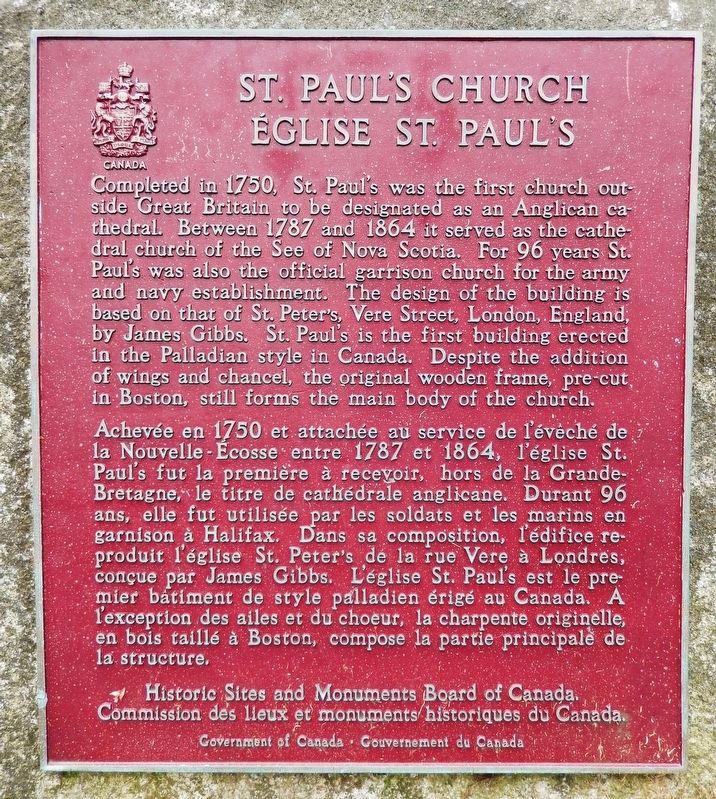 Photographed By Cosmos Mariner, July 25, 2019
1. St. Paul’s Church / Église St. Pauls Marker
Inscription.
English: , Completed in 1750, St. Paul’s was the first church outside Great Britain to be designated as an Anglican cathedral. Between 1787 and 1864 it served as the cathedral church of the See of Nova Scotia. For 96 years St. Paul’s was also the official garrison church for the army and navy establishment. The design of the building is based on that of St. Peter’s, Vere Street, London, England, by James Gibbs. St. Paul’s is the first building erected in the Palladian style in Canada. Despite the addition of wings and chancel, the original wooden frame, pre-cut in Boston, still forms the main body of the church. , . This historical marker was erected by Historic Sites and Monuments Board of Canada/Commission des lieux et monuments historiques du Canada. It is in Halifax in Halifax Region Nova Scotia