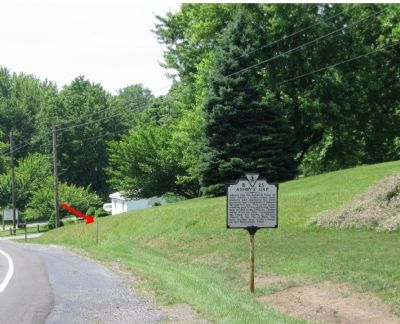 By Craig Swain, June 16, 2007
1. Location of Post Indicated by Red Arrow
Inscription.
Signal Station. . On the hilltop to the south stood an important signal station used by both armies, 1861-1865. . This historical marker is in Millwood in Clarke County Virginia

On the hilltop to the south stood an important signal station used by both armies, 1861-1865. (Marker Number B-7.)

More about this marker. THIS MARKER IS MISSING. Only the post remains.

Also see . . .  Mosby Heritage Area Tour. An old photo of the marker is shown on this Civil War Album page. (Submitted on June 27, 2007, by Craig Swain of Leesburg, Virginia.) 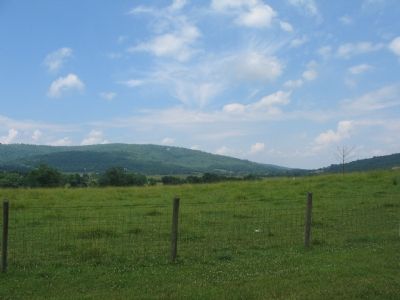 Editor’s want-list for this marker. Do you have a photo of the missing marker you could upload? • Can you help?
Share This Page.