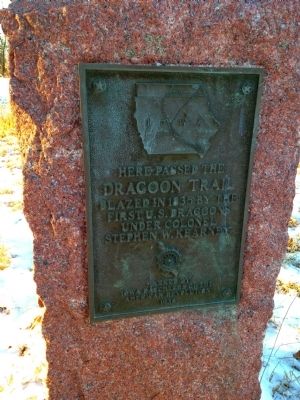 Photographed By Benjamin M. Snyder, February 2, 2014
1. Dragoon Trail Marker Marker
Inscription.
Dragoon Trail Historical Site Marker No. 6. .
Here Passed the Dragoon Trail Blazed in 1835 by the First U.S. Dragoons Under Colonel Stephen W. Kearny. . This historical marker was erected in 1938 by Iowa Daughters of the American Revolution. It is Near Knoxville in Marion County Iowa

Topics and series. This historical marker is listed in these topic lists: Exploration • Roads & Vehicles. In addition, it is included in the Daughters of the American Revolution (DAR) series list. A significant historical year for this entry is 1835.

Other nearby markers. At least 4 other markers are within 6 miles of this marker, measured as the crow flies. Marion County Freedom Rock (approx. 4.8 miles away); 1942 M5 - 3" Howitzer (approx. 5.1 miles away); The Red Rock Line 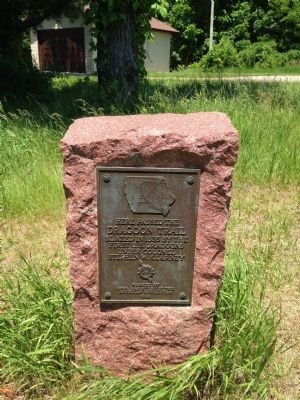 Also see . . .  Dragoon Trail - Wikipedia. ...In 1933, the State of Iowa opened the Dragoon Trail, a scenic and historic drive along the Des Moines River. The trail follows the path of the 1st U. S. Dragoons, the country's first mounted infantry unit, on their historic march in the summer of 1835, to scout Iowa after the Black Hawk Purchase of 1832 put the area under U.S. control. The march lead to the establishment of outposts from present-day Fort Dodge and Webster City through Des Moines to Pella and Knoxville. The Trail is about 200 miles long and passes cultural, historical, natural and scenic attractions including Lake Red Rock, Ledges State Park, the Kate Shelley High Bridge and Dolliver Memorial Park. It starts with two branches originating from Fort Dodge and Webster City that join near Stratford; from there it runs through Boone and Des Moines to the Red Rock Dam between Pella and Knoxville…. (Submitted on May 3, 2015.) 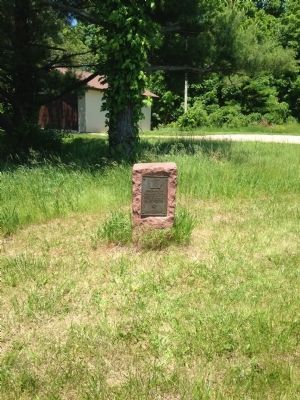