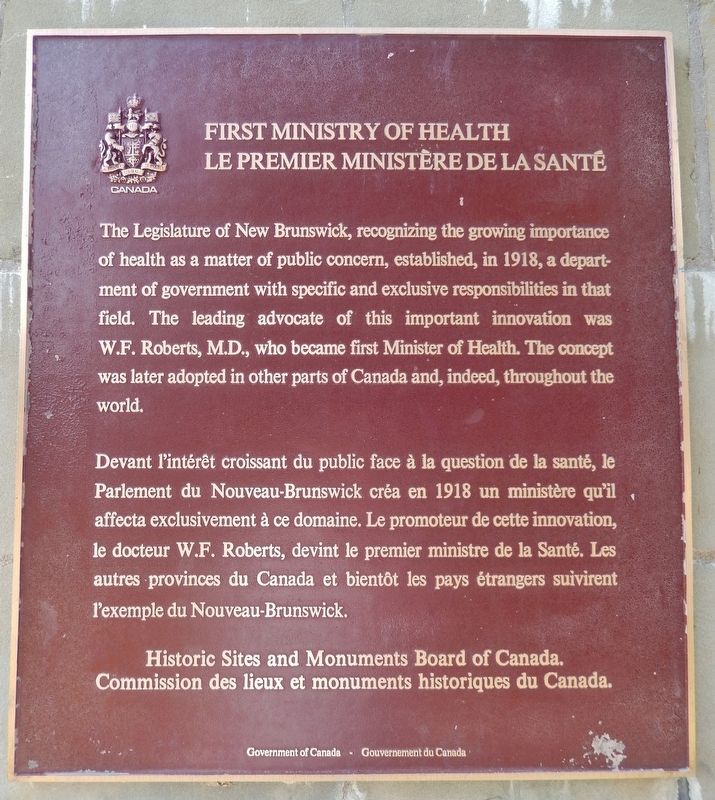 Photographed By Cosmos Mariner, July 30, 2019
1. First Ministry of Health / Le Premier Ministère de la Santé Marker
Inscription.
English: , The Legislature of New Brunswick, recognizing the growing importance of health as a matter of public concern, established, in 1918, a department of government with specific and exclusive responsibilities in that field. The leading advocate of this important innovation was W.F. Roberts, M.D., who became first Minister of Health. The concept was later adopted in other parts of Canada and, indeed, throughout the world. , . This historical marker was erected by Historic Sites and Monuments Board of Canada/Commission des lieux et monuments historiques du Canada. It is in Fredericton in York County New Brunswick