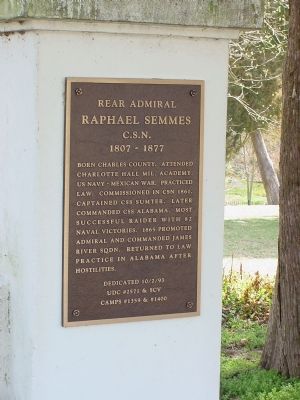 Marker series. This marker is included in the United Daughters of the Confederacy marker series.

Other nearby markers. At least 8 other markers are within walking distance of this location. Coole Springs of Saint Marie’s (here, next to this marker); Cadet Pierre A. Mourthé 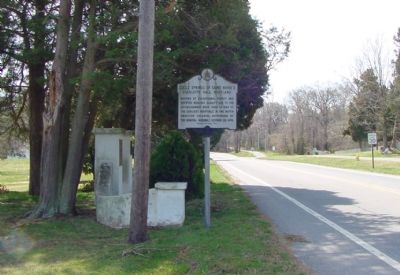 More about this marker. This marker is on one of the gateposts to Coole Springs, directly across the road from the gates to the former Charlotte Hall School Military Academy.