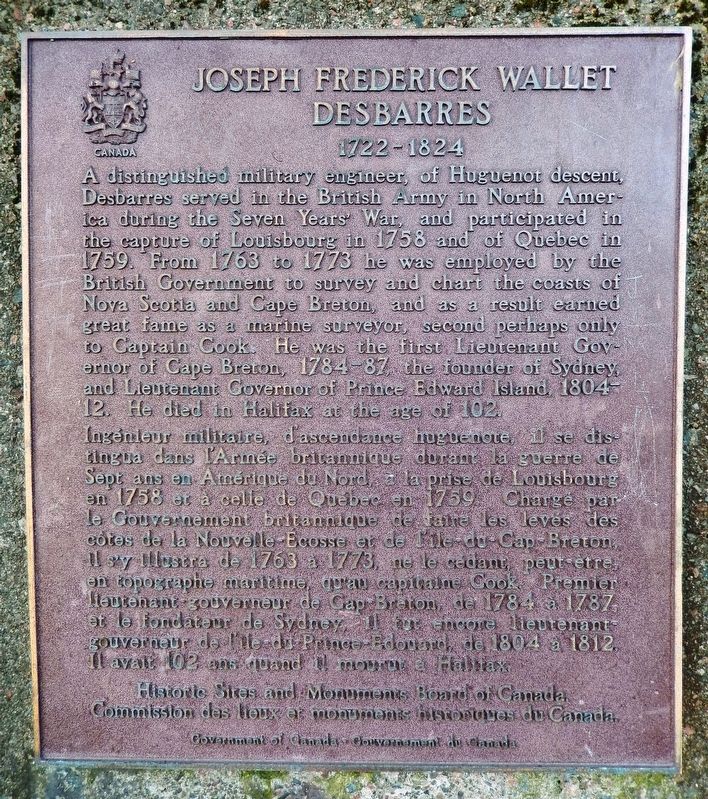 By Cosmos Mariner, July 20, 2019
1. Joseph Frederick Wallet DesBarres Marker
Inscription.
English: . A distinguished military engineer, of Huguenot descent, Desbarres served in the British Army in North America during the Seven Years’ War, and participated in the capture of Louisbourg in 1758 and of Quebec in 1759. From 1763 to 1773 he was employed by the British Government to survey and chart the coasts of Nova Scotia and Cape Breton, and as a result earned great fame as a marine surveyor, second perhaps only to Captain Cook. He was the first Lieutenant Governor of Cape Breton, 1784-87, the founder of Sydney, and Lieutenant Governor of Prince Edward Island, 1804-12. He died in Halifax at the age of 102. . . . This historical marker was erected by Historic Sites and Monuments Board of Canada/Commission des lieux et monuments historiques du Canada. It is in Sydney in Cape Breton Regional Municipality Nova Scotia