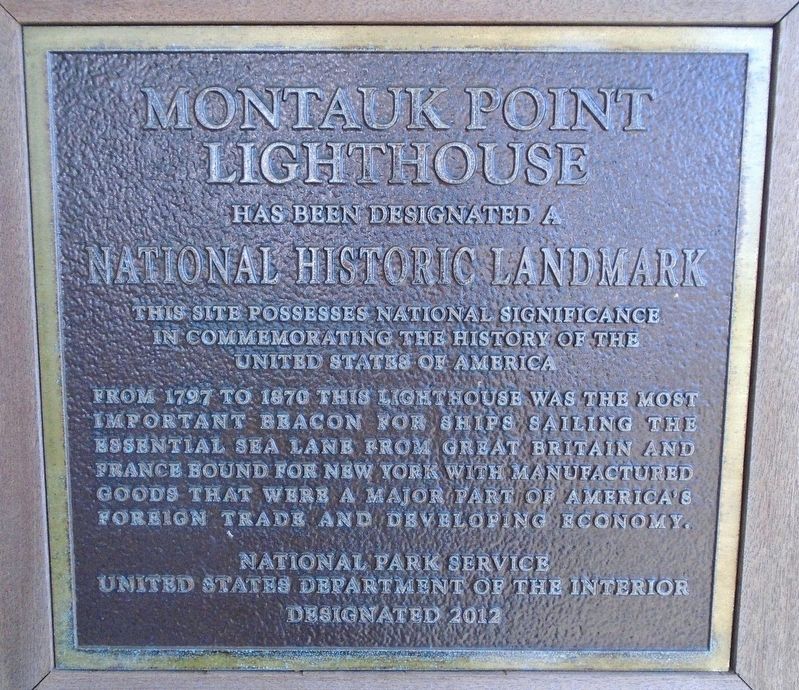 By William Fischer, Jr., September 23, 2019
1. Montauk Point Lighthouse NHL Marker
Inscription.
has been designated a NATIONAL HISTORIC LANDMARK This site possesses national significance in commemorating the history of the United States of America

From 1797 to 1870 this lighthouse was the most important beacon for ships sailing the essential sea lane from Great Britain and France bound for New York with manufactured goods that were a major part of America's foreign trade and developing economy.