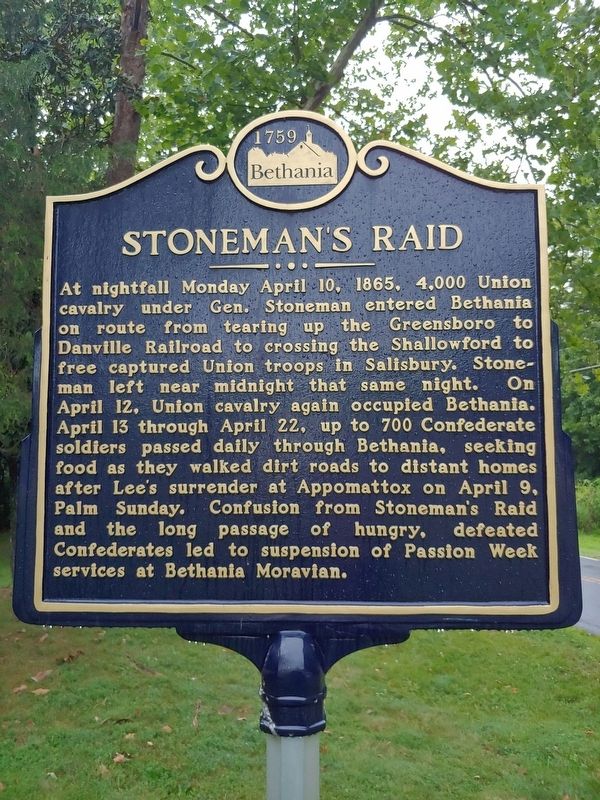 At nightfall Monday April 10, 1865, 4,000 Union cavalry under Gen. Stoneman entered Bethania on route from tearing up the Greensboro to Danville Railroad to crossing the Shallowford to free captured Union troops in Salisbury. Stoneman left near midnight, that same night. On April 12, Union cavalry again occupied Bethania. April 13 through April 22, up to 700 Confederate soldiers passed daily through Bethania, seeking food as they walked dirt roads to distant homes after Lee's surrender at Appomattox on April 9, Palm Sunday. Confusion from Stoneman's Raid and the long passage of hungry, defeated Confederates led to suspension of Passion Week services at Bethania Moravian.

Topics. This historical marker is listed in this topic list: War, US Civil. A significant historical month for this entry is April 1865.

Other nearby markers. At least 8 other markers are within walking distance of this marker. Lord Cornwallis (a few steps from this marker); Plank Road 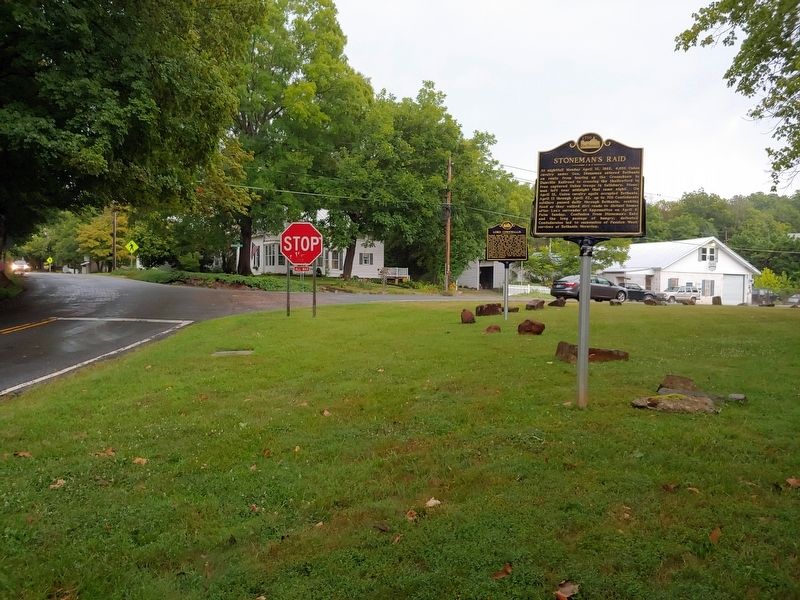 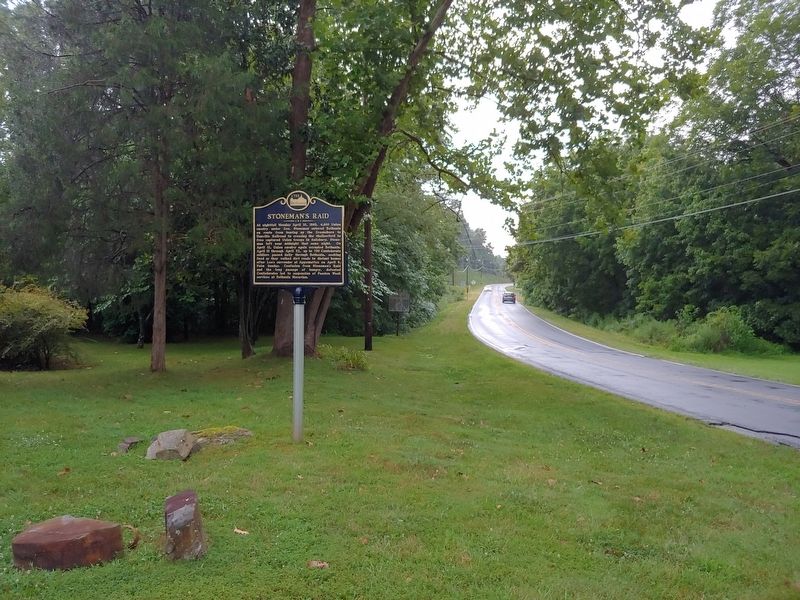