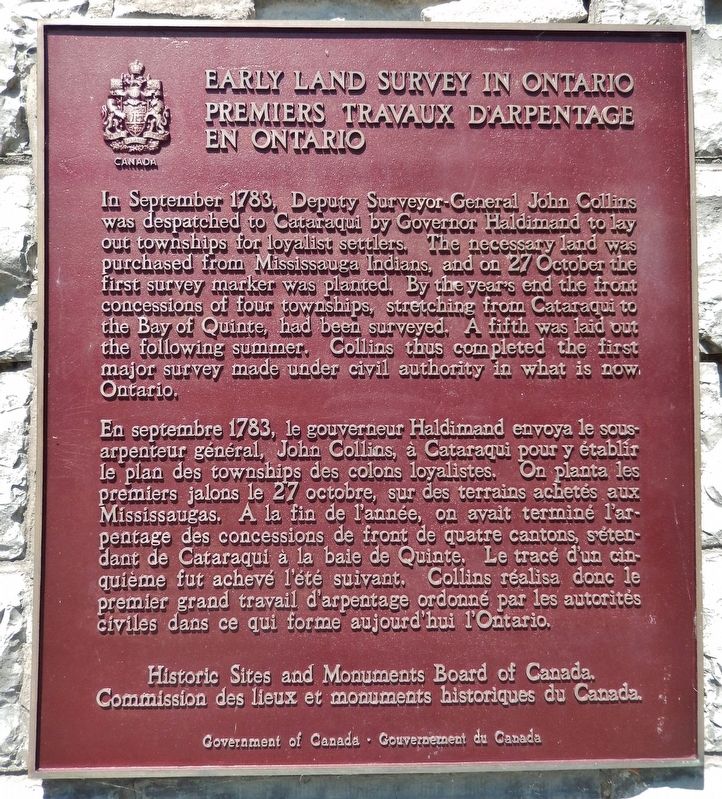 By Cosmos Mariner, August 15, 2019
1. Early Land Survey in Ontario /
Premiers Travaux D'Arpentage en Ontario Marker
Inscription.
English: . In September 1783, Deputy Surveyor-General John Collins was despatched to Cataraqui by Governor Haldimand to lay out townships for loyalist settlers. The necessary land was purchased from Mississauga Indians, and on 27 October the first survey marker was planted. By the year’s end the front concessions of four townships, stretching from Cataraqui to the Bay of Quinte, had been surveyed. A fifth was laid out the following summer. Collins thus completed the first major survey made under the civil authority in what is now Ontario. . . . This historical marker was erected by Historic Sites and Monuments Board of Canada/Commission des lieux et monuments historiques du Canada. It is in Kingston in Frontenac County Ontario