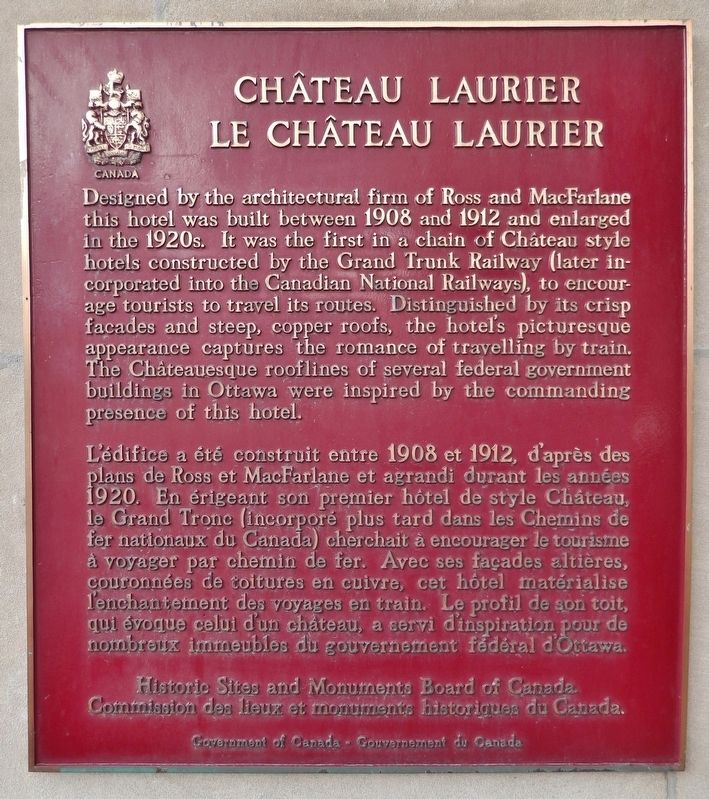 By Cosmos Mariner, August 10, 2019
1. Château Laurier /
Le Château Laurier Marker
Inscription.
English: . Designed by the architectural firm of Ross and MacFarlane this hotel was built between 1908 and 1912 and enlarged in the 1920s. It was the first in a chain of Château style hotels constructed by the Grand Trunk Railway (later incorporated into the Canadian National Railways), to encourage tourists to travel its routes. Distinguished by its crisp facades and steep, copper roofs, the hotel’s picturesque appearance captures the romance of travelling by train. The Châteauesque rooflines of several federal government buildings in Ottawa were inspired by the commanding presence of this hotel. . . . This historical marker was erected by Historic Sites and Monuments Board of Canada/Commission des lieux et monuments historiques du Canada. It is in Ottawa Ontario