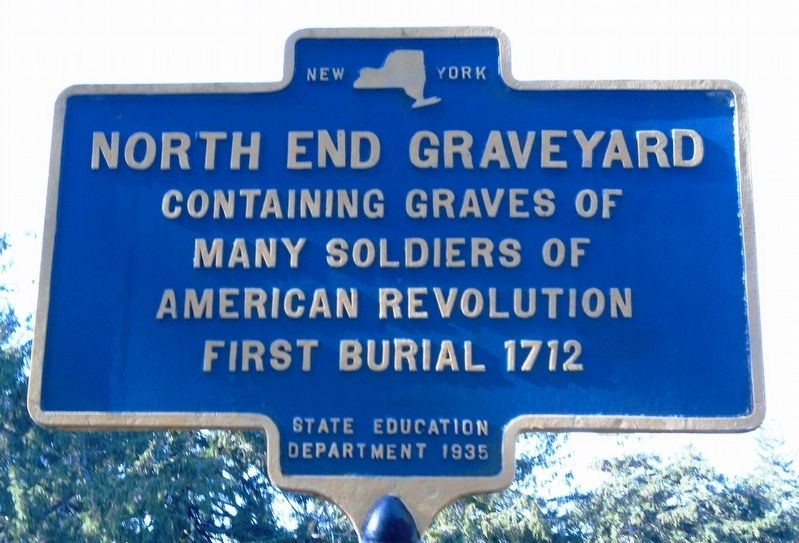 Containing graves of many soldiers of American Revolution First burial 1712. . This historical marker was erected in 1935 by State Education Department. It is in Southampton in Suffolk County New York