Site of the home of A.C. and Charlotte M. Allen 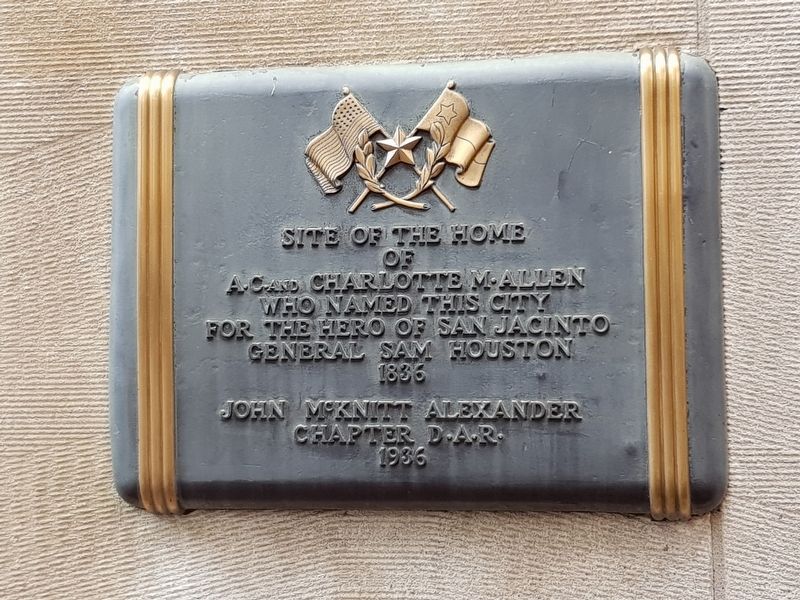 Site of the home of A.C. and Charlotte M. Allen who named this city for the hero of San Jacinto General Sam Houston
1836
John McKnitt Alexander Chapter D.A.R.
1936

Topics and series. This memorial is listed in these topic lists: Government & Politics • Man-Made Features • War, Texas Independence. In addition, it is included in the Daughters of the American Revolution (DAR) series list. A significant historical year for this entry is 1836.

Location. 29° 45.519′ N, 95° 21.828′ W. Marker is in Houston, Texas, in Harris County. It is in the Central Business District. Memorial is at the intersection of Main Street and Rusk Street, on the right when traveling south on Main Street. Touch for map. Marker is in this post office area: Houston TX 77002, United States of America. Touch for directions. 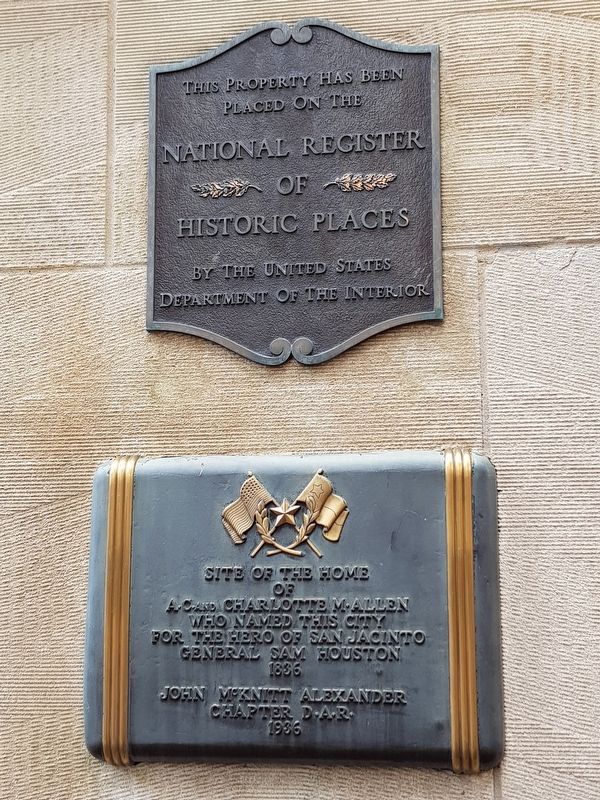 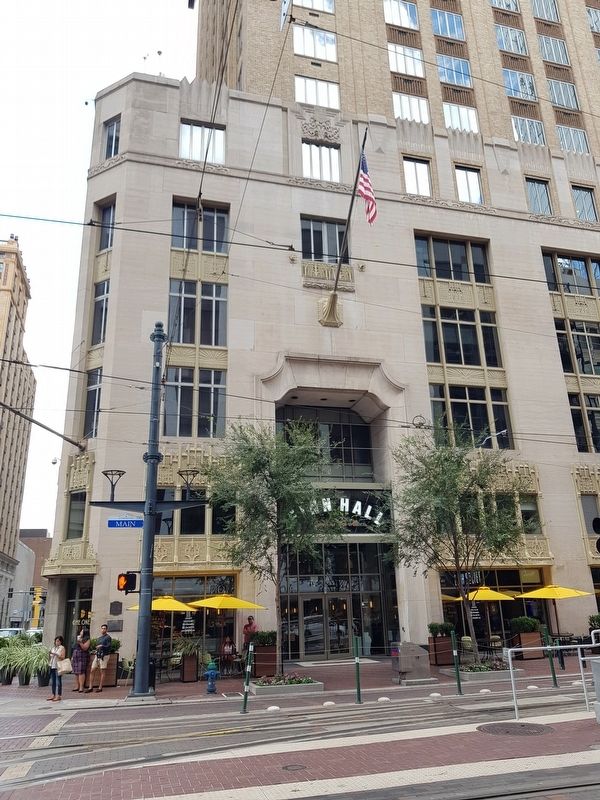