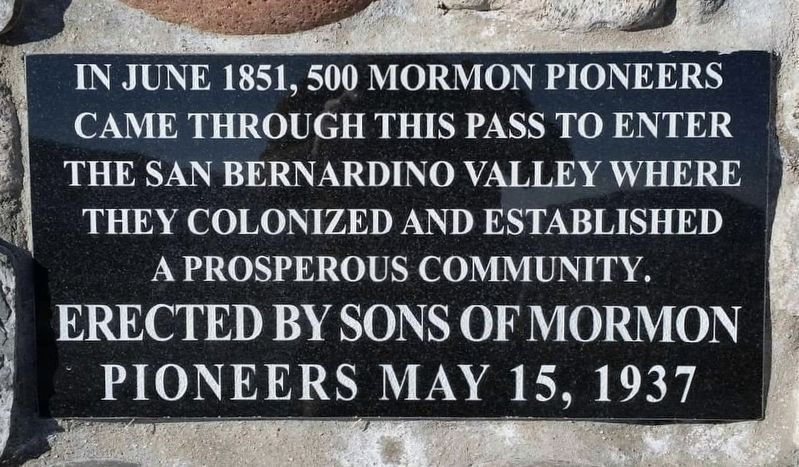 In June 1851, 500 Mormon Pioneers came through this pass to enter the San Bernardino Valley where they colonized and established a prosperous community.

Marker series. This marker is included in the California Historical Landmark, and the Mormon Pioneer Trail marker series.

Location. 34° 21.089′ N, 117° 31.621′ W. Marker is near Phelan, California, in San Bernardino County. Marker is at the intersection of California Route 138 and Rastall Road, on the right when traveling west on State Route 138. Touch for map. Marker is in this post office area: Phelan CA 92371, United States of America. Touch for directions. 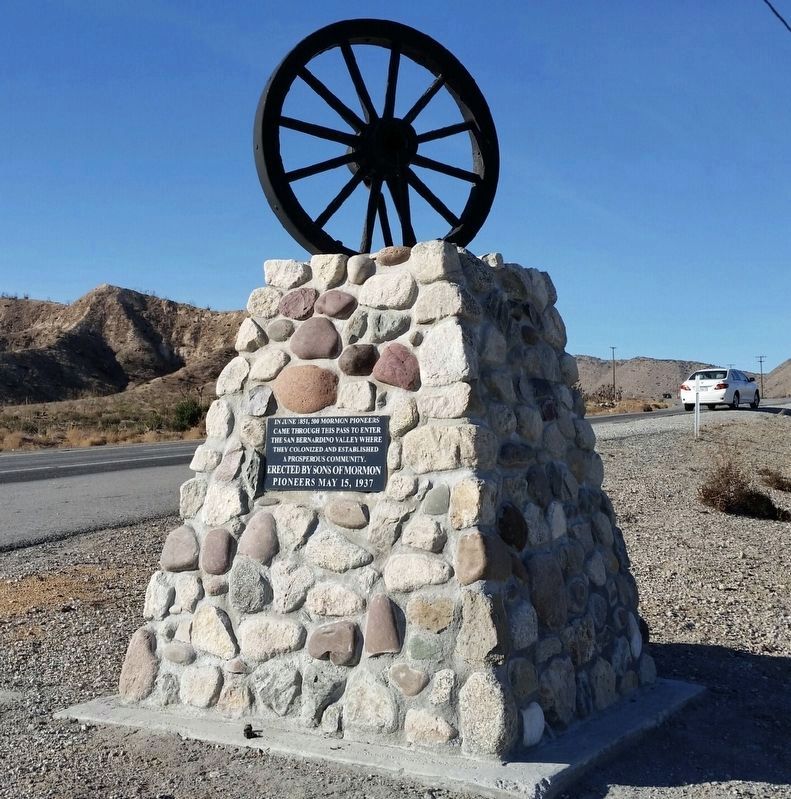 By Mark Landis, 2017
2. Mormon Trail Monument
away); Las Flores Ranch Barn (approx. 11.9 miles away); Sycamore Grove (approx. 12 miles away). Touch for a list and map of all markers in Phelan.

More about this monument. When the highway was widened in 2017, a new monument was built. The original was in poor condition and it was moved to Wagon Train Ranch in Phelan, CA. The old trail can be seen crossing the ridge near the monument.

This is California Historical Landmark No. 577 — Mormon Trail Monument. 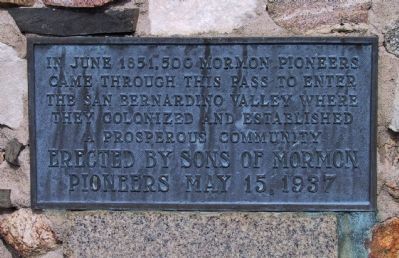 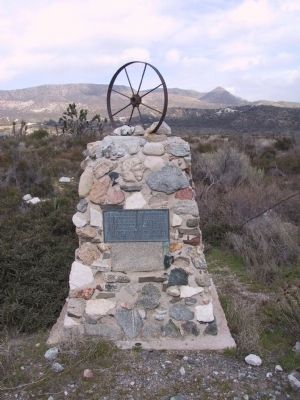 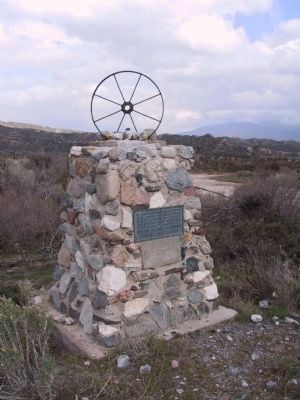