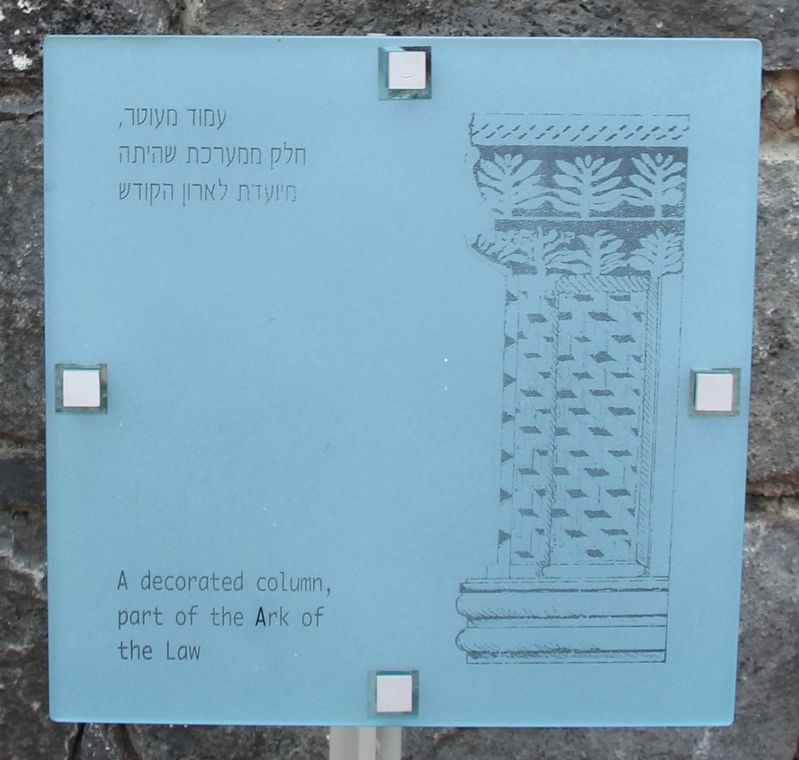 A decorated column, part of the Ark of the Law.

More about this marker. This marker is located in the Korazim National Park, in the ruins of the ancient Jewish synagogue. It is my impression that this particular ancient Jewish synagogue is very significant in both the historical and archaeological record of ancient Judaism, because several of the artifacts and structural elements that were found in the ruins of this synagogue are now on display in the Israel Museum in Jerusalem. Korazim (also known as Chorazin) is also part of the Biblical record, being a site that was visited by Jesus, as mentioned in Matthew 11:21 and Luke 10:13. It would be my guess that during His visit to Korazim, that Jesus would have been to an earlier version of this synagogue, that was most probably located on the site of this particular synagogue.

This marker is deemed eligible for inclusion in the Historical Marker Database under the clause for allowable exceptions to the Editorial Guidelines when the marker's inclusion is "adding to a series of bona fide historical markers with one that would otherwise not qualify." This marker is part of the series of markers that has been erected in the archaeological ruins of Chorazin, which is currently the site of the Korazim National Park. This marker was added to complete the list of this series of markers, rendering this marker in compliance with stated Historical Marker Database editorial guidelines. 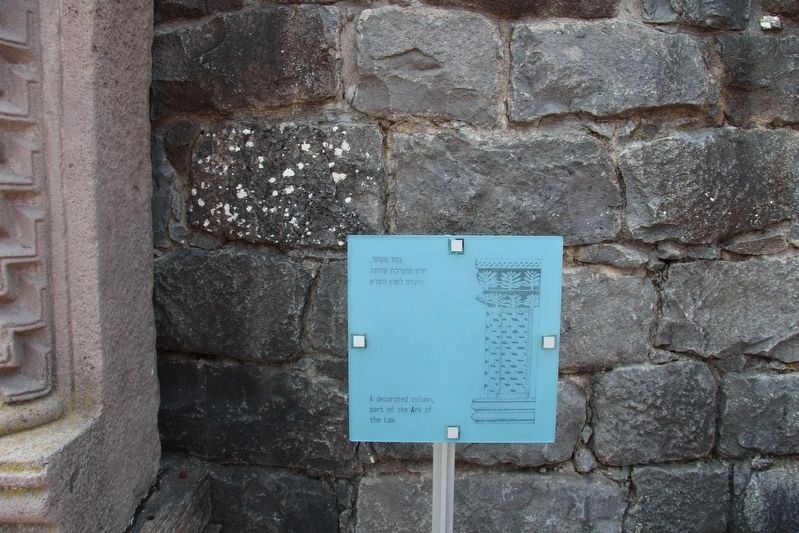 By Dale K. Benington, April 5, 2019
2. Decorated Column Marker
View of the marker with a portion of the synagogue wall in the background.
Column" that is currently on display at the Israel Museum, in Jerusalem, as part of a display on the synagogue at Chorazin. I have included two pictures of the duplicate and the display that it is a part of. 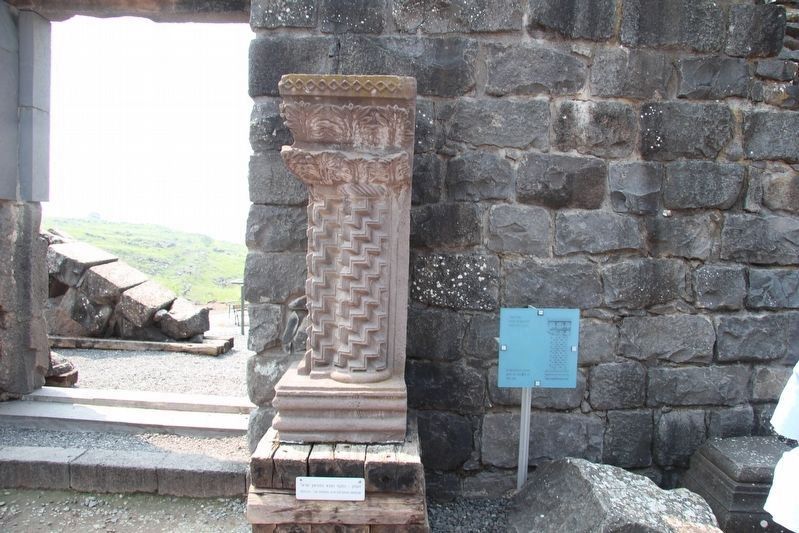 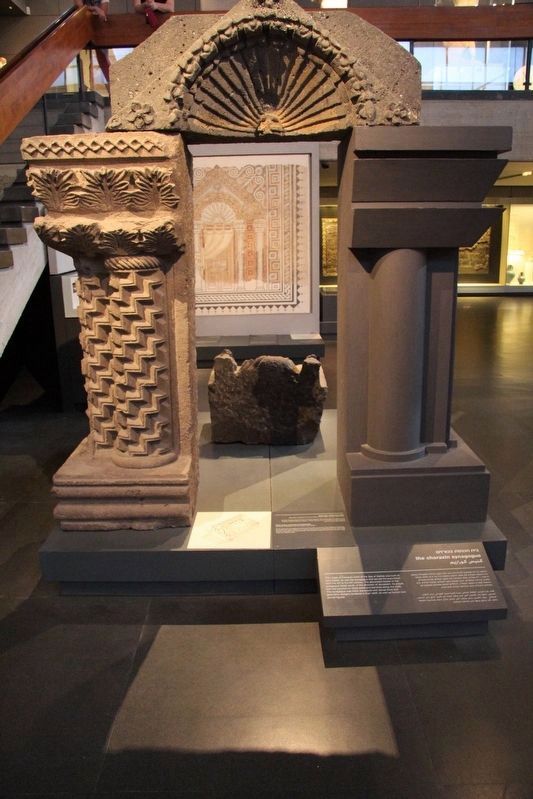 By Dale K. Benington, April 8, 2019
4. Decorated Column Marker
View of the "Decorated Column," that came from the Chorazin synagogue, that is currently part of a display, at the Israel Museum. 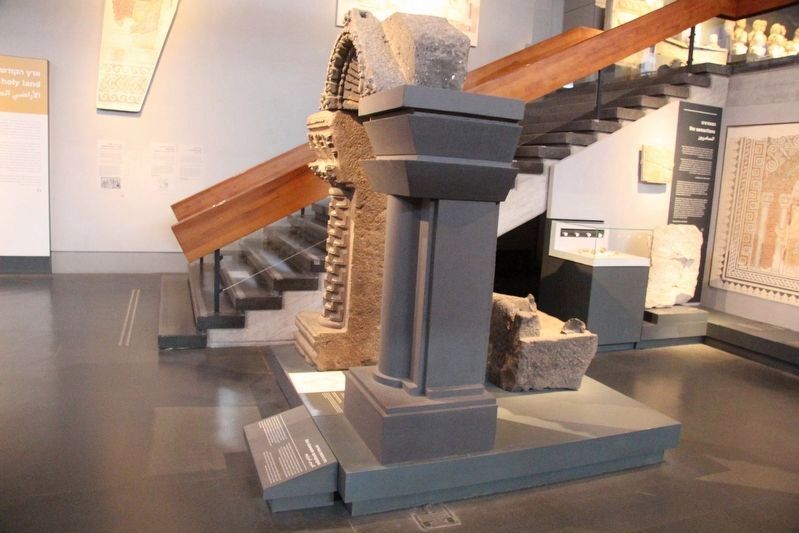 By Dale K. Benington, April 8, 2019
5. Decorated Column Marker
Another view of the "Conch," that came from the Chorazin synagogue, that is currently part of a display, at the Israel Museum.
More. Search the internet for Decorated Column.