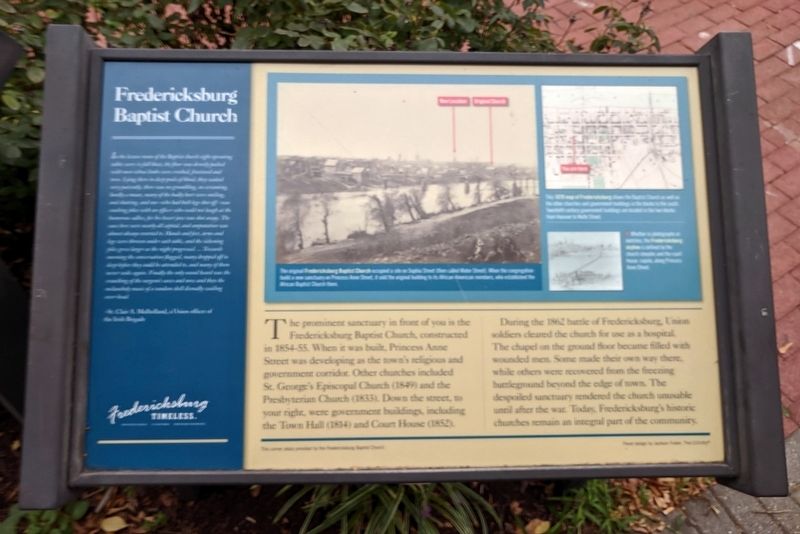 The prominent sanctuary in front of you is the Fredericksburg Baptist Church, constructed in 1854-55. When it was built, Princess Anne Street was developing as the town’s religious and government corridor. Other churches included St. George’s Episcopal Church (1849) and the Presbyterian Church (1833). Down the street, to your right, were government buildings, including the Town Hall (1814) and Court House (1852).

During the 1862 Battle of Fredericksburg, Union soldiers cleared the church for use as a hospital. The chapel on the ground floor became filled with wounded men. Some made their own way there, while others were recovered from the freezing battleground beyond the edge of town. The despoiled sanctuary rendered the church unusable until after the war. Today, Fredericksburg’s historic churches remain an integral part of the community. 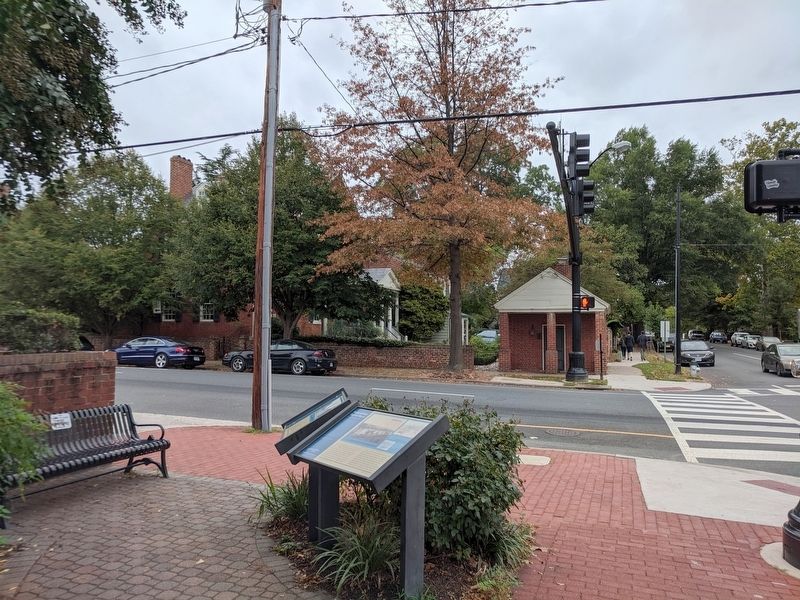 Also see . . .  Old Marker at this Location. This marker replaced an older one at this location also titled “Fredericksburg Baptist Church”. (Submitted on October 7, 2019.)