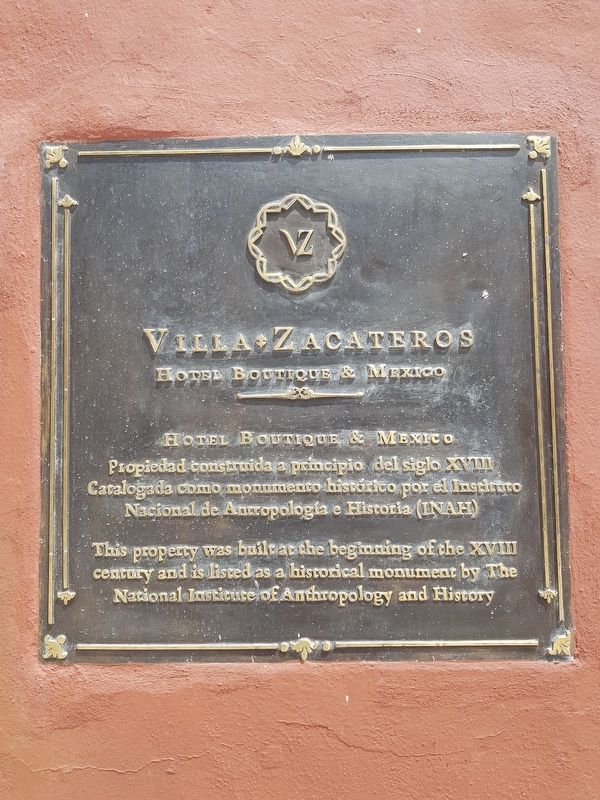 By J. Makali Bruton, September 6, 2019
1. Villa Zacateros Marker
Inscription.
English: . This property was built at the beginning of the XVIII century and is listed as a historical monument by The National Institute of Anthropology and History . This historical marker is in San Miguel de Allende in Municipality of Allende Guanajuato Mexico