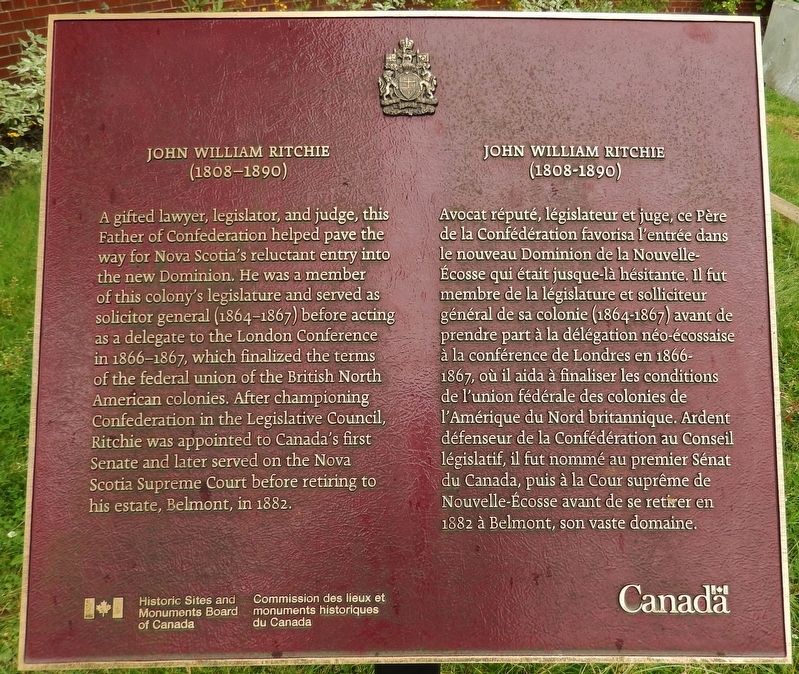 By Cosmos Mariner, July 24, 2019
1. John William Ritchie Marker
Inscription.
English: . A gifted lawyer, legislator, and judge, this Father of Confederation helped pave the way for Nova Scotia's reluctant entry into the new Dominion. He was a member of this colony's legislature and served as solicitor general (1864-1867) before acting as a delegate to the London Conference in 1866-1867, which finalized the terms of the federal union of the British North American colonies. After championing Confederation in the Legislative Council, Ritchie was appointed to Canada's first Senate and later served on the Nova Scotia Supreme Court before retiring to his estate, Belmont, in 1882. . . . This historical marker was erected by Historic Sites and Monuments Board of Canada/Commission des lieux et monuments historiques du Canada. It is in Halifax in Halifax Regional Municipality Nova Scotia