Changing the Clocks of North America & Beyond! 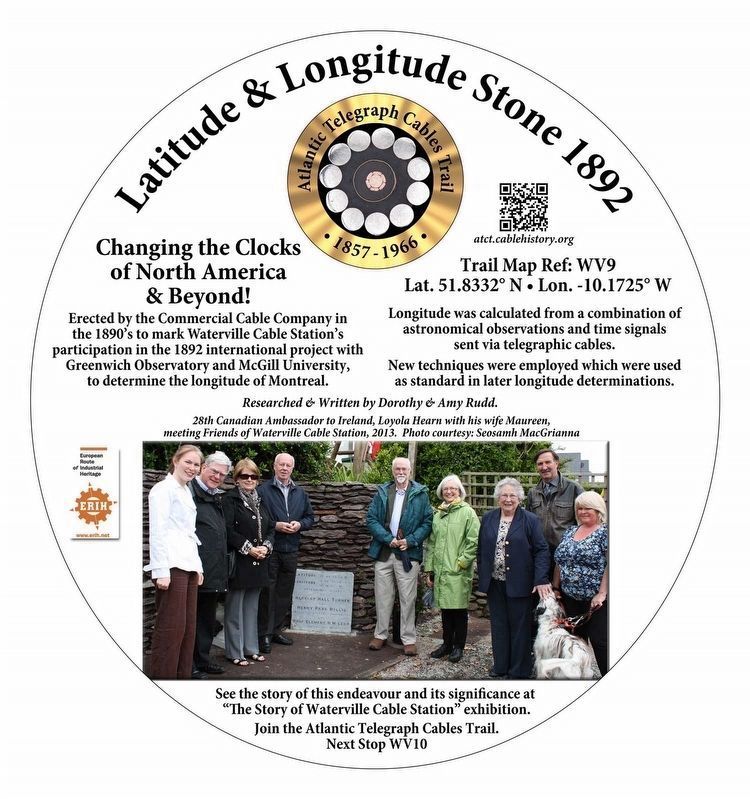 From the Atlantic Telegraph Cables Trail webpage, Undated
1. Latitude and Longitude Stone 1892 Marker
A Heritage Iveragh / Oidhreacht Uíbh Ráthaigh Project
Inscription.
Erected by the Commercial Cable Company in the 1890's to mark Waterville Cable Station's participation in the 1892 international project with Greenwich Observatory and McGill University, to determine the longitude of Montreal.

Longitude was calculated from a combination of astronomical observations and time signals sent via telegraphic cables.

New techniques were employed which were used as standard in later longitude determinations.