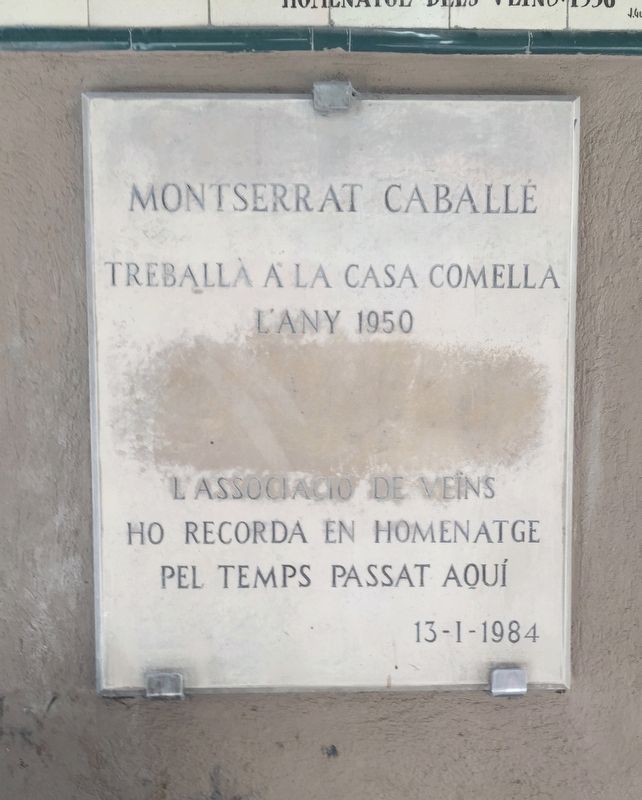 Worked at the Casa Comella during the year 1950.

A tribute by the Neighborhood Association in honor of the time spent here. . This historical marker was erected in 1984 by L'associacio de veïns. It is in Barcelona in Barcelonès Catalonia Spain

Worked at the Casa Comella during the year 1950.

A tribute by the Neighborhood Association in honor of the time spent here. 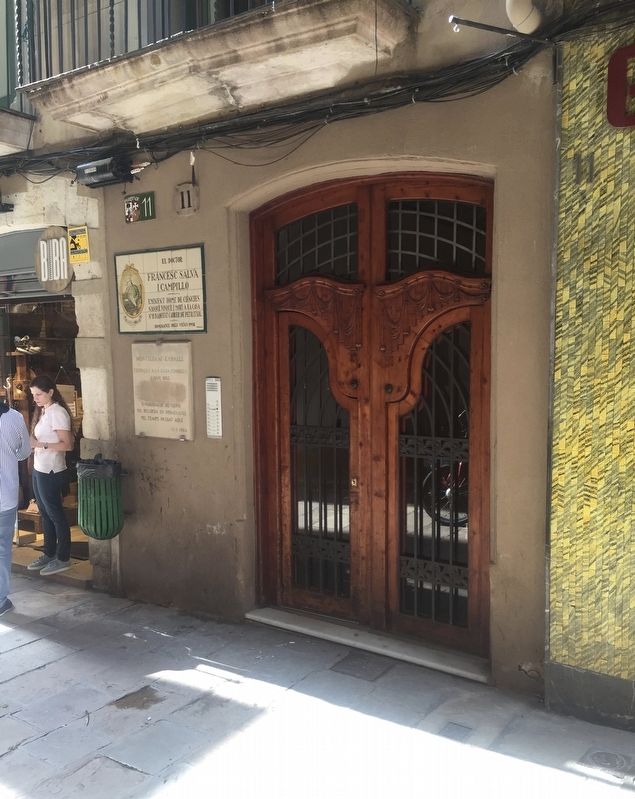 Also see . . .
1. Montserrat Caballé (Wikipedia). "María de Montserrat Viviana Concepción Caballé i Folch (12 April 1933 – 6 October 2018) was a Spanish operatic soprano. She sang a wide variety of roles, but is best known as an exponent of the works of Verdi and of the bel canto repertoire, notably the works of Rossini, Bellini, and Donizetti. She was noticed internationally when she stepped in for a performance of Donizetti's Lucrezia Borgia at Carnegie Hall in 1965, and then appeared at leading opera houses. Her voice was described as pure but powerful, with superb control of vocal shadings and exquisite pianissimo.... Caballé became popular to non-classical music audiences in 1987, when she recorded, at the request of the IOC, "Barcelona", a duet with Freddie Mercury, which became an official theme song for the 1992 Olympic Games. She received several international awards and also Grammy Awards for a number of her recordings." (Submitted on October 15, 2019, by Andrew Ruppenstein of Sacramento, California.)