F-1 Engine: Power for the Rocket 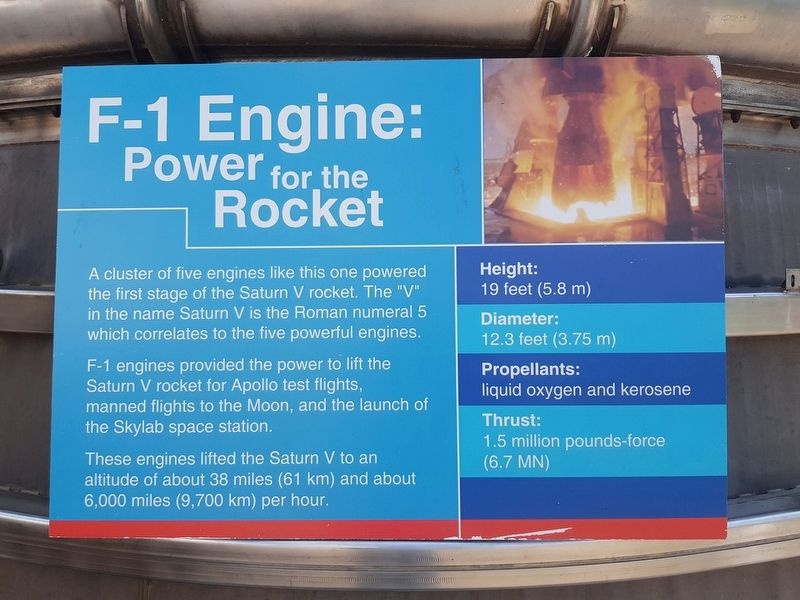 F-1 Engine: Power for the Rocket
A cluster of five engines like this one powered the first stage of the Saturn V rocket. The "V" in the name Saturn V is the Roman numeral 5 which correlates to the five powerful engines.

F-1 engines provided the power to lift the Saturn V rocket for Apollo test flights, manned flights to the Moon, and the launch of the Skylab space station.

Location. 29° 33.27′ N, 95° 5.625′ W. Marker is in Houston, Texas, in Harris County. Marker can be reached from Second Street south of Avenue D, on the left when traveling south. The marker is located just outside the Saturn V displayed at Johnson Space Center. Touch for map. Marker is in this post office area: Houston TX 77058, United States of America. Touch for directions.

Other nearby markers. At least 8 other markers are within 2 miles of this marker, measured as the crow flies. Mercury-Redstone: Putting the First Americans in Space (here, next to this 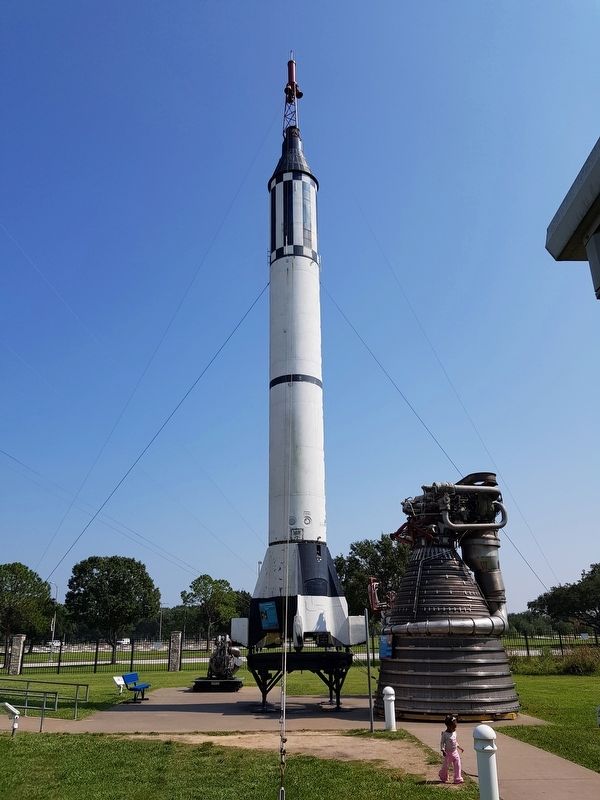 By J. Makali Bruton, October 5, 2019
2. F-1 Engine: Power for the Rocket Marker
The marker is attached to the F-1 Engine, to the right of the Mercury-Redstone rocket.
marker); J-2 Engine: Versatile Sidekick (here, next to this marker); H-1 Engine: A Powerful Start (a few steps from this marker); Little Joe II (a few steps from this marker); Little Joe II and BP-22: Safety First (within shouting distance of this marker); Saturn V Rocket (about 400 feet away, measured in a direct line); Apollo Mission Control Center (approx. 0.4 miles away); West Mansion (was approx. 1.2 miles away but has been reported missing. ). Touch for a list and map of all markers in Houston. 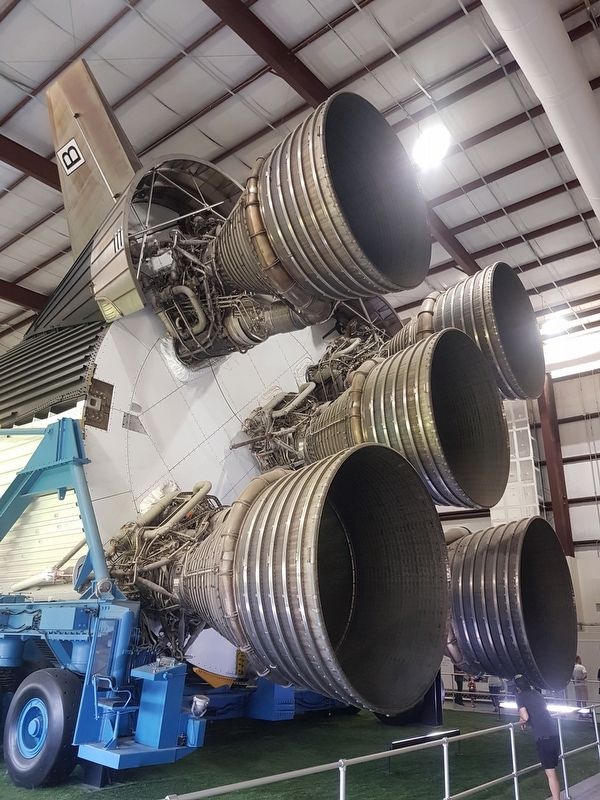