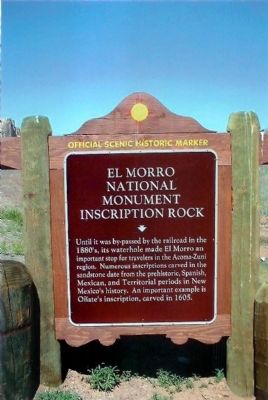 Photographed By Mike Stroud, June 6, 2003
1. El Morro National Monument Marker
Inscription.
El Morro National Monument Inscription Rock. . Until it was by-passed by the railroad in the 1880’s, its waterhole made El Morro an important stop for travelers in the Acoma- Zuni region. Numerous inscriptions carved in the sandstone date from the prehistoric, Spanish, Mexican, and Territorial periods in New Mexico’s history. An important example is Oñate’s inscription, carved in 1605. . This historical marker was erected by State of New Mexico. It is Near Ramah in Cibola County New Mexico

Until it was by-passed by the railroad in the 1880’s, its waterhole made El Morro an important stop for travelers in the Acoma- Zuni region. Numerous inscriptions carved in the sandstone date from the prehistoric, Spanish, Mexican, and Territorial periods in New Mexico’s history. An important example is Oñate’s inscription, carved in 1605.

Erected by State of New Mexico.

Topics. This historical marker is listed in these topic lists: Communications • Hispanic Americans • Native Americans • Settlements & Settlers. A significant historical year for this entry is 1605.

Other nearby markers. At least 8 other markers are within 3 miles of this marker, measured as the crow flies. Welcome to El Morro (about 500 feet away, measured in a direct line); Visitors Through the Ages (approx. half a mile away); Preserving Our Heritage (approx. 0.7 miles away); Monumental Changes 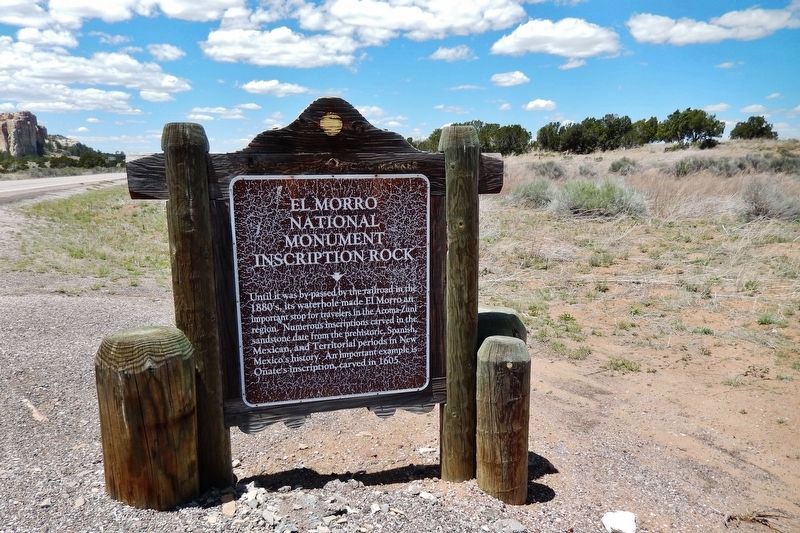 More about this marker. The El Morro National Monument is inside the Ramah Navajo Indian Reservation (between towns of Pinehill & El Moro), in Cibola County just to the east of the town of Ramah.

The main feature of this National Monument is a great sandstone promontory with a pool of water at its base. As a shaded oasis in the western U.S. desert, this site has seen many centuries of travelers. The Spaniard explorers called it "El Morro" (The Headland). The Zuni Indians call it "A'ts'ina" (Place of writings on the rock). Anglo-Americans called it "Inscription Rock". Travelers left signatures, names, dates, and stories of their treks. While some of the inscriptions are fading, there are still many that can be seen today, some dating to the 17th century. Some petroglyphs and carvings were made by the Anasazi centuries before Europeans started making their mark. In 1906, U.S. federal law prohibited further carving. 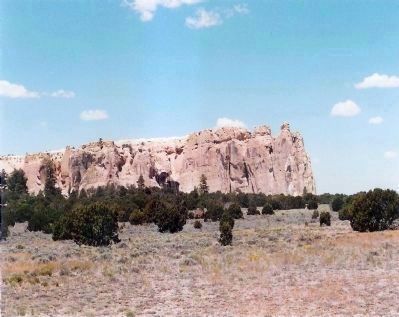 Photographed By Mike Stroud, 2003
3. The Bluff at El Morro
Hundreds of years before Spanish conquistadores passed by here, a pool’s dependable water supply encouraged the settlement of Puebloan people on top of the bluff.
National Park Service. El Morro (Submitted on December 5, 2008, by Mike Stroud of Bluffton, South Carolina.) 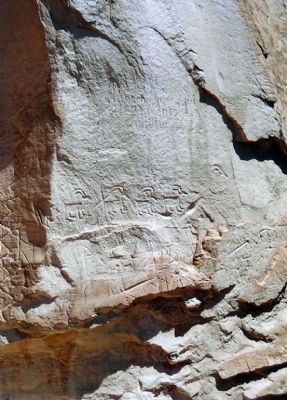 Photographed By Mike Stroud, 2003
4. Some petroglyphs and carvings were made by the Anasazi
The inscriptions date back to the 1600s when the Spanish traveled through the area. 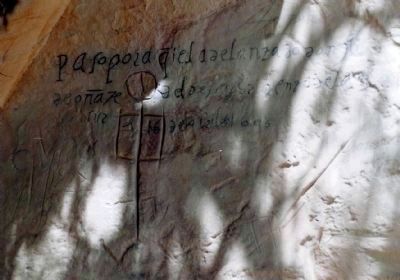 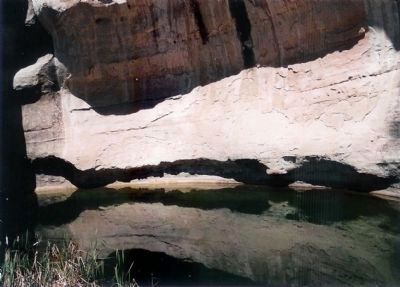 Photographed By Mike Stroud, 2003
6. El Morro waterhole
A reliable waterhole hidden at the base of a sandstone bluff made El Morro (the headland) a popular campsite. Ancestral Puebloans and Spanish and American travelers carved over 2,000 signatures, dates, messages, and petroglyphs for hundreds of years.
After centuries of continuous human use, the pool today is used only by local wildlife taking advantage of its refreshing waters. 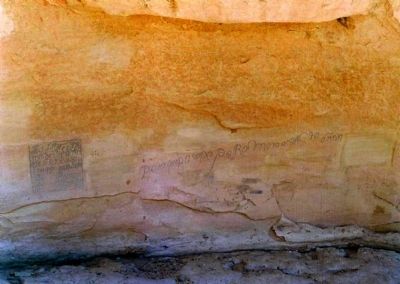 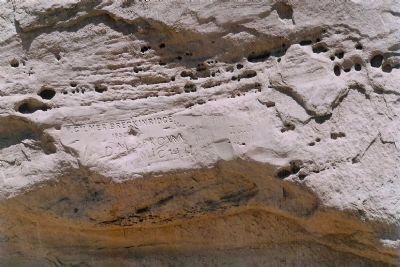 Photographed By Mike Stroud, 2003
8. In 1857, Breckinridge
was in charge of the 25 camels used by Lt. Edward Beale in his expedition. 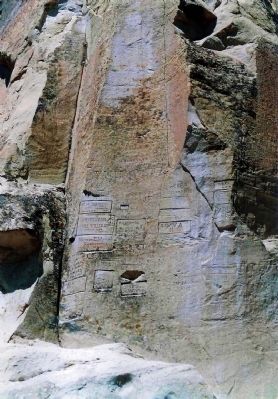 Photographed By Mike Stroud, June 6, 2003
9. Inscriptions at the point of El Morro
include old Spanish carvings as well as English carved by members of the 1868 Union Pacific Railroad survey. 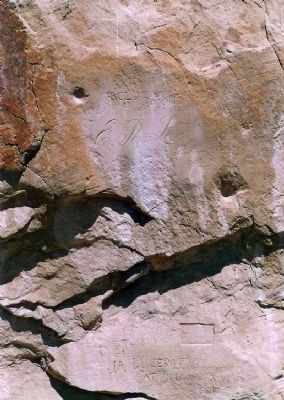 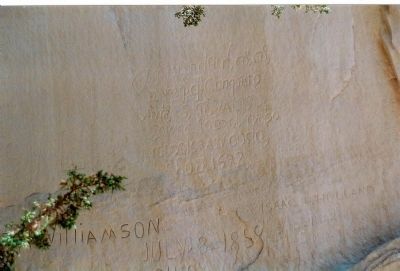 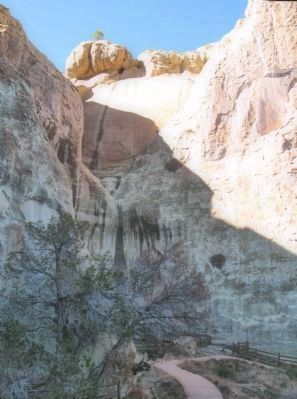 Photographed By Richard Denney, March 16, 2009
12. El Morro's Waterhole
El Morro's waterhole is located at the base of the sandstone bluff shown in this photo. 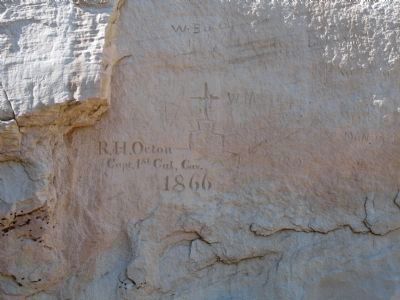