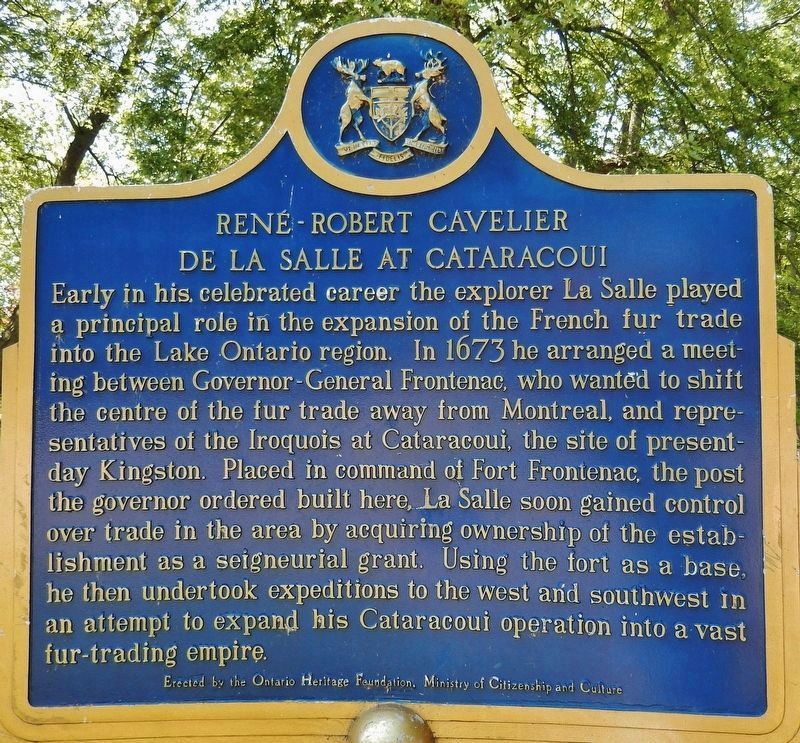 By Cosmos Mariner, August 15, 2019
1. René-Robert Cavelier Marker (English)
Inscription.
English: . Early in his celebrated career the explorer La Salle played a principal role in the expansion of the French fur trade into the Lake Ontario region. In 1673 he arranged a meeting between Governor-General Frontenac, who wanted to shift the centre of the fur trade away from Montreal, and representatives of the Iroquois at Cataracoui, the site of present-day Kingston. Placed in command of Fort Frontenac, the post the governor ordered built here, La Salle soon gained control over trade in the area by acquiring ownership of the establishment as a seigneurial grant. Using the fort as a base, he then undertook expeditions to the west and southwest in an attempt to expand his Cataracoui operation into a vast fur-trading empire. . . . This historical marker was erected by Ontario Heritage Foundation, Ministry of Citizenship and Culture. It is in Kingston in Frontenac County Ontario