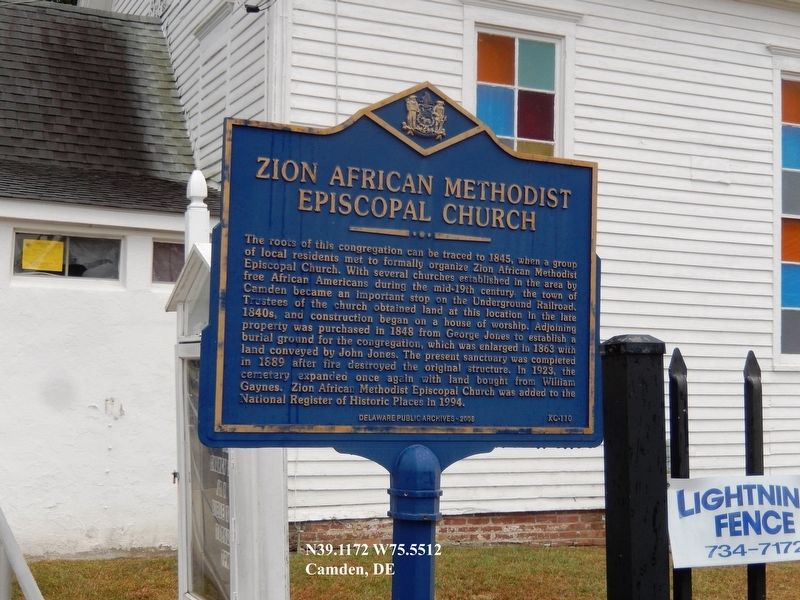 Zion African Methodist Episcopal Church-The roots of this congregation can be traced to 1845, when a group of local residents met to formally organize Zion African Methodist Episcopal Church. With several churches established in the area by free African Americans during the mid-19th century the town of Camden became an important stop on the Underground Railroad. Trustees of the church obtained land at this location in the late 1840s, and construction began on a house of worship. Adjoining property was purchased in 1848 from George Jones to establish a burial ground for the congregation, which was enlarged in 1863 with land conveyed by John Jones. The present sanctuary was completed in 1889 after fire destroyed the original structure. In 1923, the cemetery expanded once again with land bought from William Gaynes. Zion African Methodist Episcopal Church was added to the National Register of Historic Places in 1994.

Topics and series. This historical marker is listed in these topic lists: Abolition & Underground RR 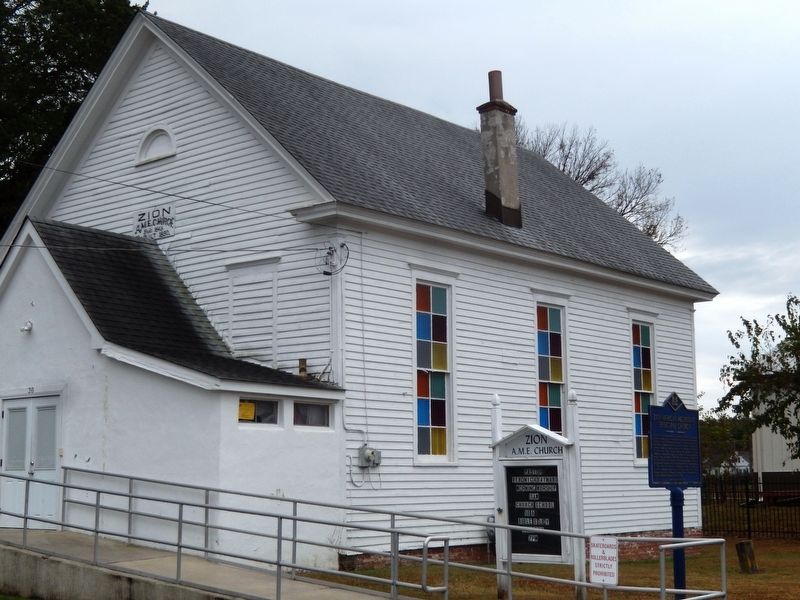 Click or scan to see
this page online
• African Americans • Churches & Religion. In addition, it is included in the African Methodist Episcopal (AME) Church ⛪, and the Delaware Public Archives series lists. A significant historical year for this entry is 1845. 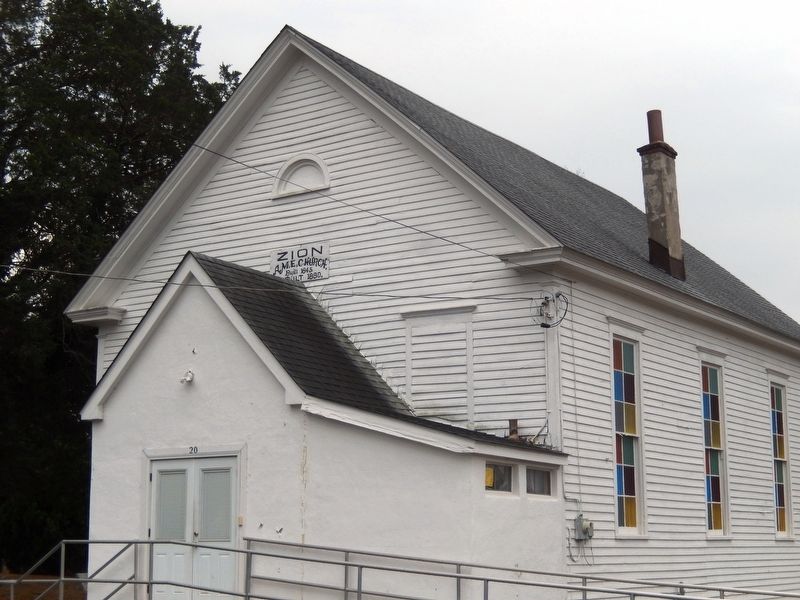