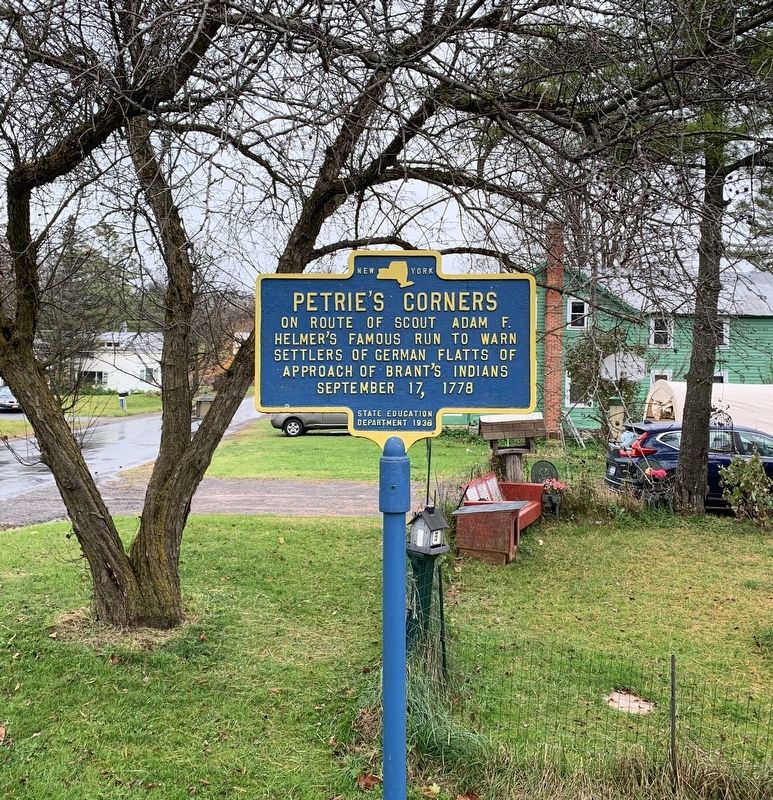 Regarding Petrie’s Corners. In September 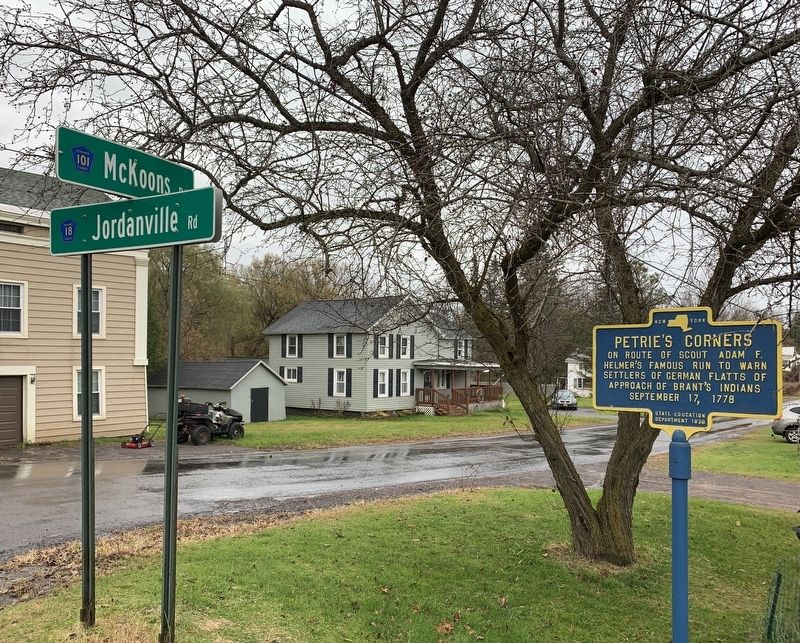 By Steve Stoessel, October 20, 2019
2. Petrie’s Corners Marker
1778 Brant's forces attacked Percifer Carr farm where rebel/patriotic scouts under Adam Helmer were located. Three of the scouts were killed; Helmer took off running to the north-east, through the hills, toward Schuyler Lake and then north to Andrustown (near present-day Jordanville, New York) where he warned his sister's family of the impending raid and obtained fresh footwear. He also warned settlers at Columbia and Petrie's Corners, most of whom then fled to safety at Fort Dayton. When Helmer arrived at the fort, severely torn up from his run, he told Colonel Peter Bellinger, the commander of the fort, that he had counted at least 200 of the attackers en route to the valley. The straight-line distance from Carr's farm to Fort Dayton is about thirty miles, and Helmer's winding and hilly route was far from straight. It was said that Helmer then slept for 36 hours straight. During his sleep, on September 17, 1778, the farms of the area were destroyed by Brant's raid. The total loss of property in the raid was reported as: 63 houses, 59 barns, full of grain, 3 grist mills, 235 horses, 229 horned cattle, 279 sheep, and 93 oxen. Only two men were reported killed in the attack, one by refusing to leave his home when warned. (Wikipedia) 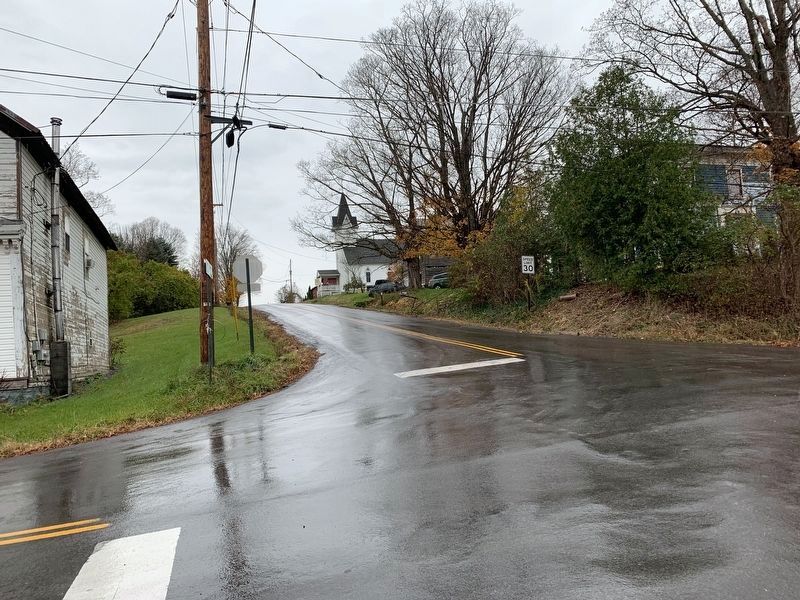 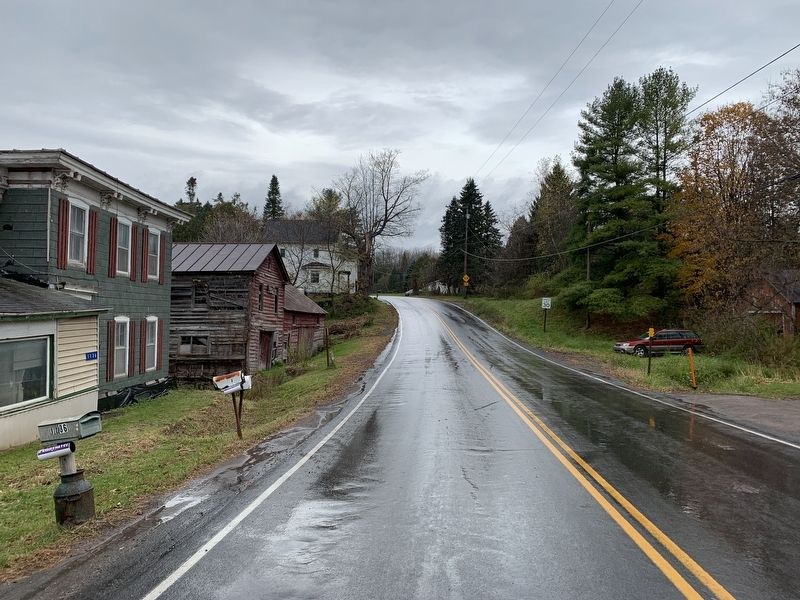