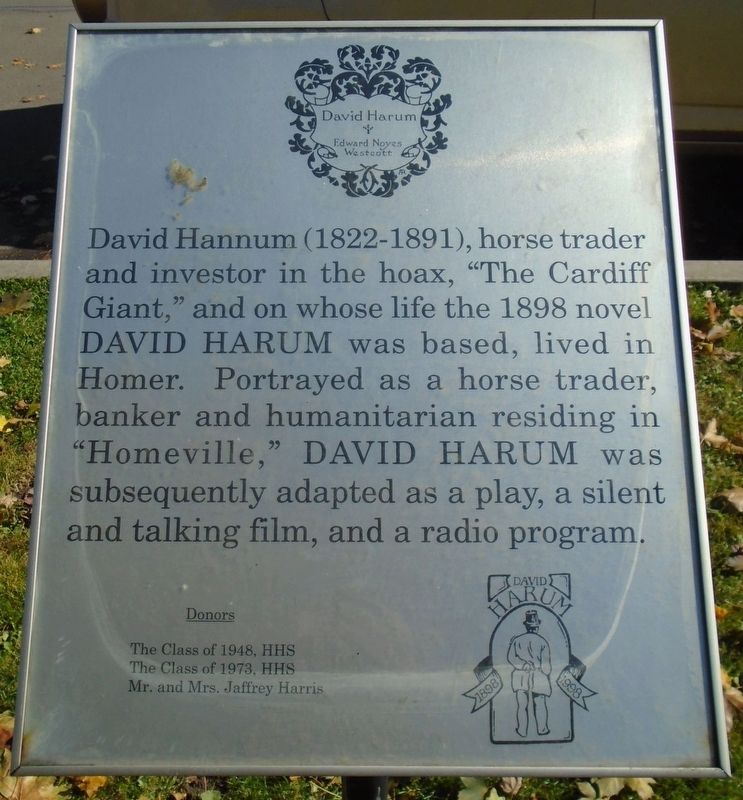 David Hannum (1822-1891), horse trader and investor in the hoax, "The Cardiff Giant," and on whose life the 1898 novel DAVID HARUM was based, lived in Homer. Portrayed as a horse trader, banker and humanitarian residing in "Homerville," DAVID HARUM was subsequently adapted as a play, a silent and talking film, and a radio program. . This historical marker was erected in 1998 by Homer High School Classes of 1948 and 1973, and Mr. and Mrs. Jaffrey Harris. It is in Homer in Cortland County New York