— Brockville Historic Area: Our Past — 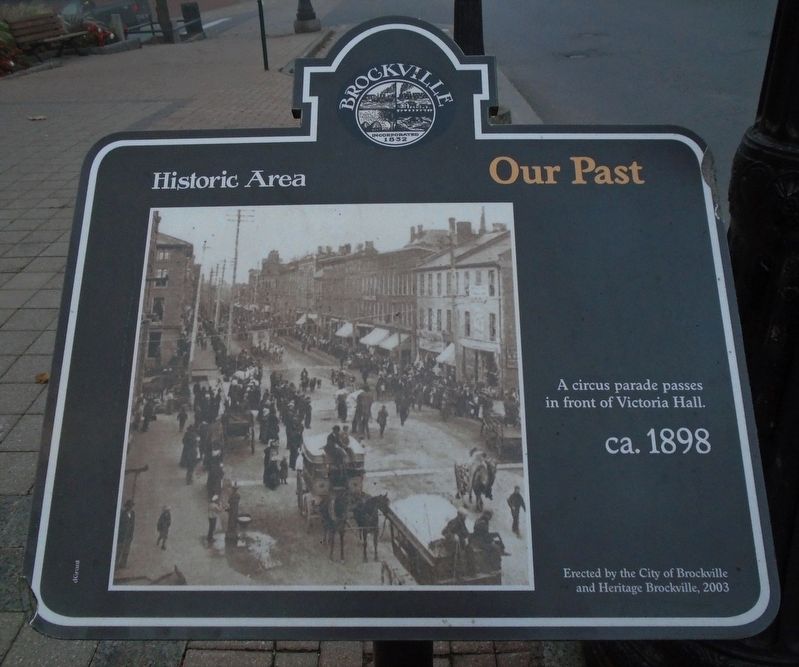 By William Fischer, Jr., October 21, 2019
1. Circus Parade Marker
Inscription.
A circus parade passes in front of Victoria Hall. . This historical marker was erected in 2003 by the City of Brockville and Heritage Brockville. It is in Brockville Ontario