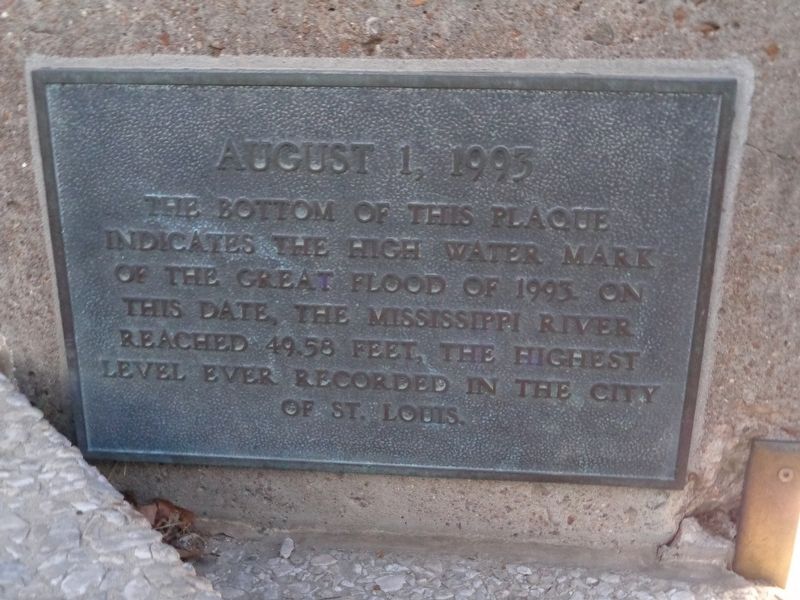 The bottom of this plaque indicates the high water mark of the Great Flood of 1993. On this date, the Mississippi River reached 49.58 feet, the highest level ever recorded in the City of St. Louis.

Location. 38° 37.494′ N, 90° 11.043′ W. Marker is in St. Louis, Missouri. Marker can be reached from North Leonor K Sullivan Boulevard 0.3 miles south of Lucas Street, on the right when traveling south. Marker is located between the Gateway Arch and the Mississippi River, on the north end of the grand steps between them, near the entrance of Gateway Arch National Park. Touch for map. Marker is at or near this postal address: 57 North Leonor K Sullivan Boulevard, Saint Louis MO 63102, United States of America. Touch for directions. 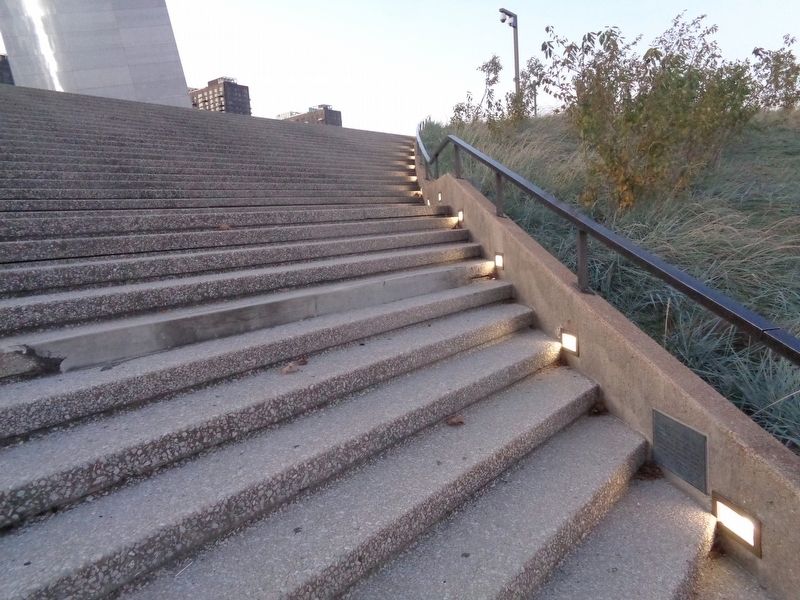 More about this marker. There is a duplicate marker at the south end of the steps, on the same level. 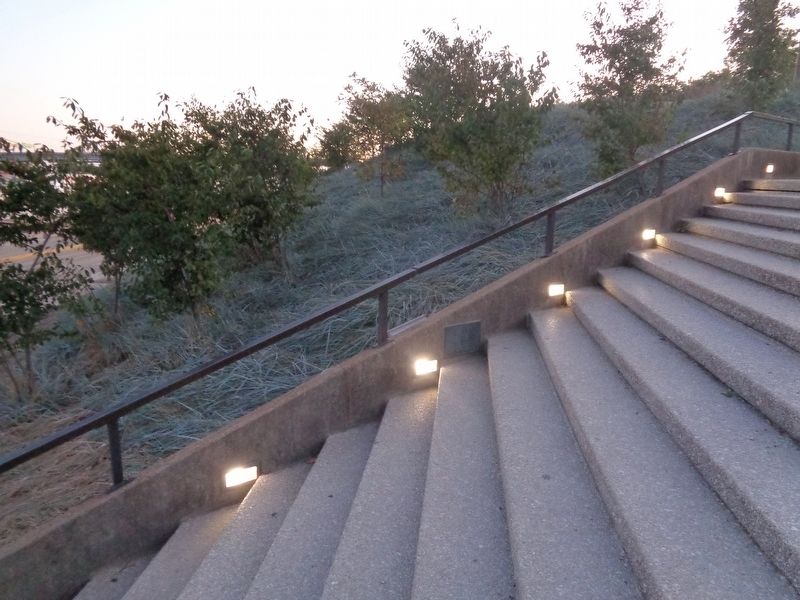