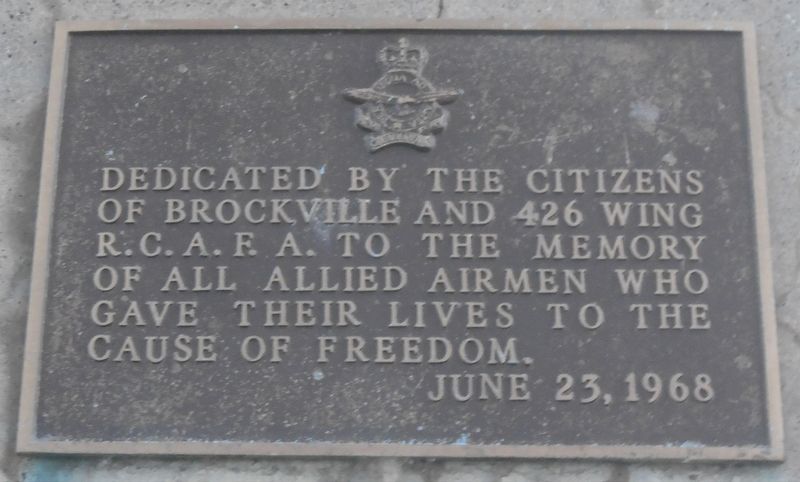 By William Fischer, Jr., October 21, 2019
1. Allied Airmen War Memorial
Inscription.
Dedicated by the Citizens of Brockville and 426 Wing R.C.A.F.A. to the memory of all Allied Airmen who gave their lives to the cause of freedom