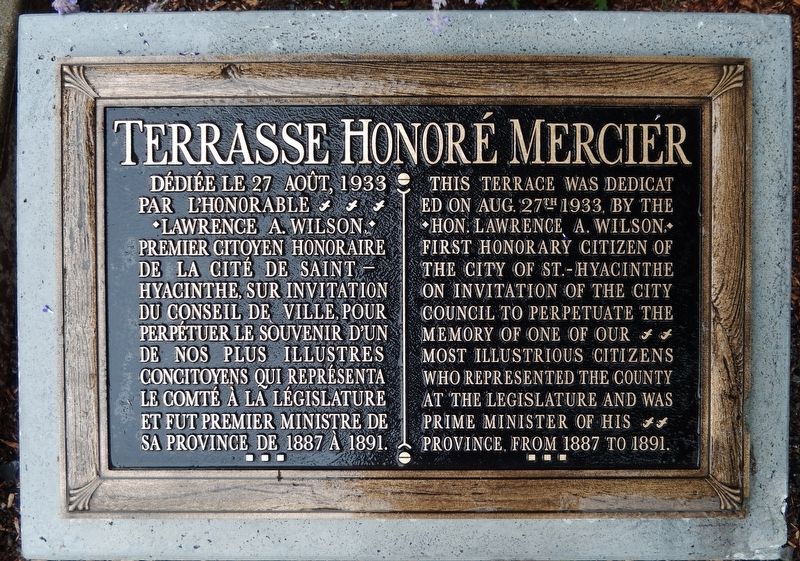 Photographed By Cosmos Mariner, August 7, 2019
1. Honoré Mercier Terrace Marker
Inscription.
English: , This terrace was dedicated on Aug. 27th 1933, by the Hon. Lawrence A. Wilson, First Honorary Citizen of the City of St.-Hyacinthe on invitation of the City Council to perpetuate the memory of one of our most illustrious citizens who represented the county at the Legislature and was Prime Minister of his province, from 1887 to 1891. . This historical marker is in Saint-Hyacinthe in Les Maskoutains Québec