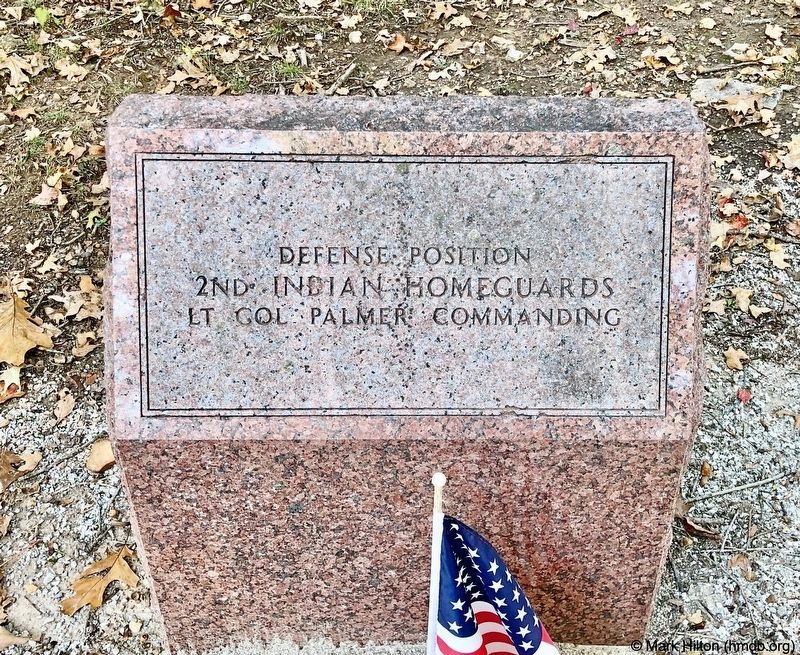 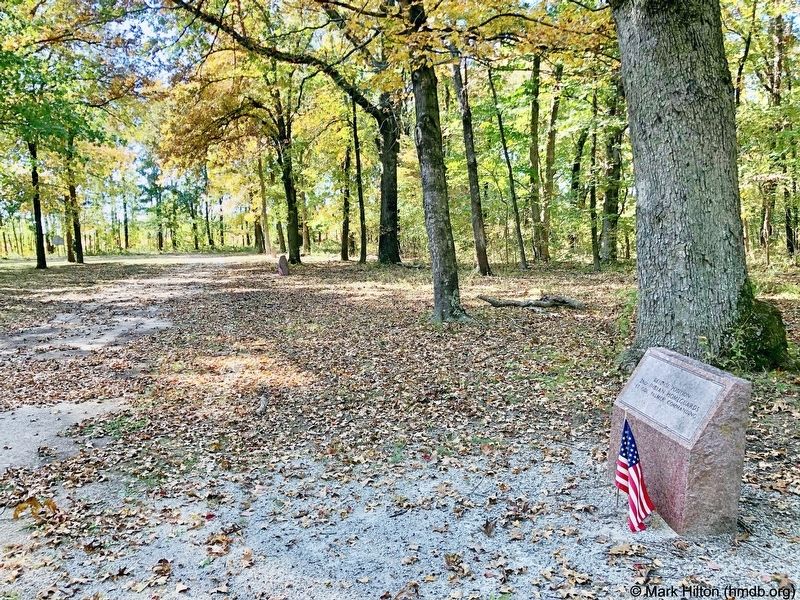 By Mark Hilton, October 22, 2019
2. 2nd Indian Homeguards Marker on the right.
Preservation efforts began in 1961 when the Vinita Chapter of the United Daughters of the Confederacy purchased a ten-acre parcel in the core battlefield area. Later that year, the acreage was donated to the Oklahoma Historical Society, which has administered the site. A circle drive loop within the ten acres provides access to monuments and signage telling the story of the site. The Friends of Cabin Creek Battlefield, Inc., a group of dedicated citizens, form a non-profit organization that supports the preservation efforts.

Also see . . .  Wikipedia article on the Battles at Cabin Creek. (Submitted on October 30, 2019, by Mark Hilton of Montgomery, Alabama.) 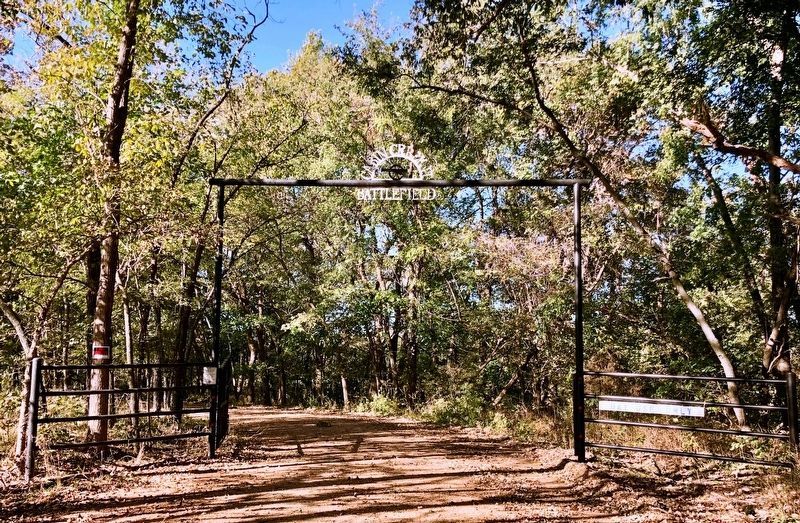