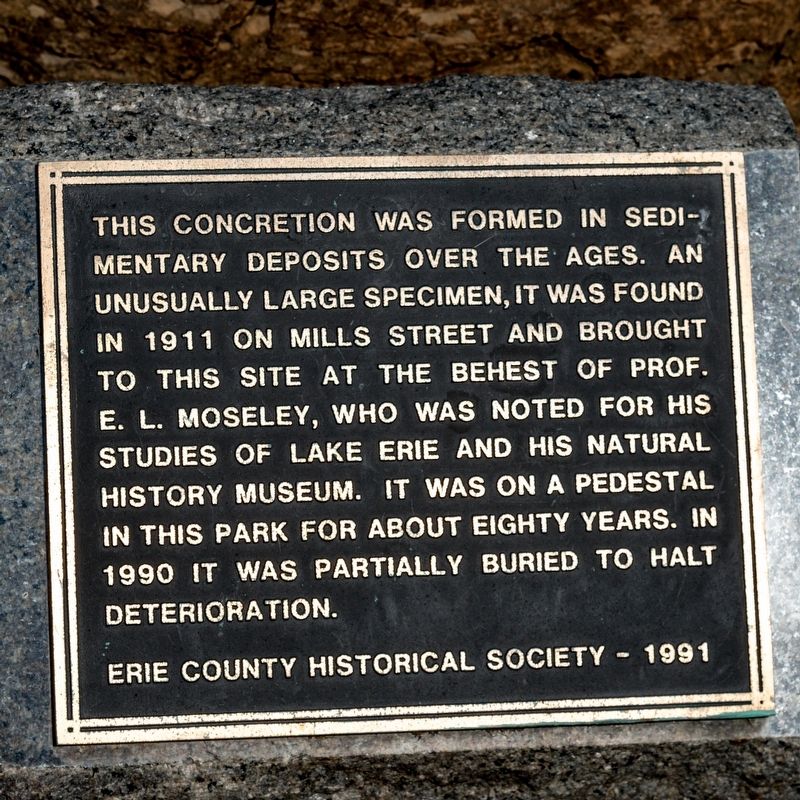 By J. J. Prats, August 7, 2019
1. “This Concretion” Tablet
Inscription.
This concretion was formed in sedimentary deposits over the ages. An unusually large specimen, it was found in 1911 on Mills Street and brought to this site at the behest of Professor E.L. Moseley, who was noted for his studies of Lake Erie and his Natural History Museum. It was on a pedestal in this park for about eighty years. In 1990 it was partially buried to halt deterioration. . This historical marker was erected in 1991 by Erie County Historical Society. It is in Sandusky in Erie County Ohio

This concretion was formed in sedimentary deposits over the ages. An unusually large specimen, it was found in 1911 on Mills Street and brought to this site at the behest of Professor E.L. Moseley, who was noted for his studies of Lake Erie and his Natural History Museum. It was on a pedestal in this park for about eighty years. In 1990 it was partially buried to halt deterioration.

Location. 41° 27.295′ N, 82° 42.589′ W. Marker is in Sandusky, Ohio, in Erie County. Marker can be reached from East Washington Street (U.S. 6) near Colulmbus Avenue. It is in Washington Park between Columbus Avenue and Wayne Street, near the Gazebo. Touch for map. Marker is in this post office area: Sandusky OH 44870, United States of America. Touch for directions. 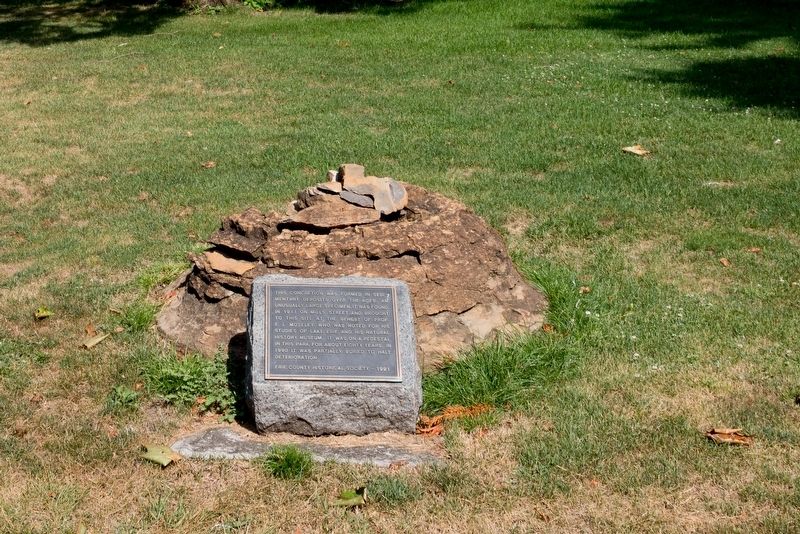 Also see . . .
1. Spherical wonders: Geologists have a few theories about how concretions formed. 2015 article by Laura Arenschield in The Columbus Dispatch. Includes photos of other concretions. Excerpt:

At the end of the Devonian Period, there was a mass extinction—one of five great extinctions that scientists say occurred during Earth’s history. Some of the life that became extinct, scientists say, could have been the seed for the concretions we now see. If that is true, concretions could have formed the way oysters turn grains of sand into pearls, said Eric Mumper, an Ohio State University doctoral student who has studied concretions. Scientists have found fossils in the cores 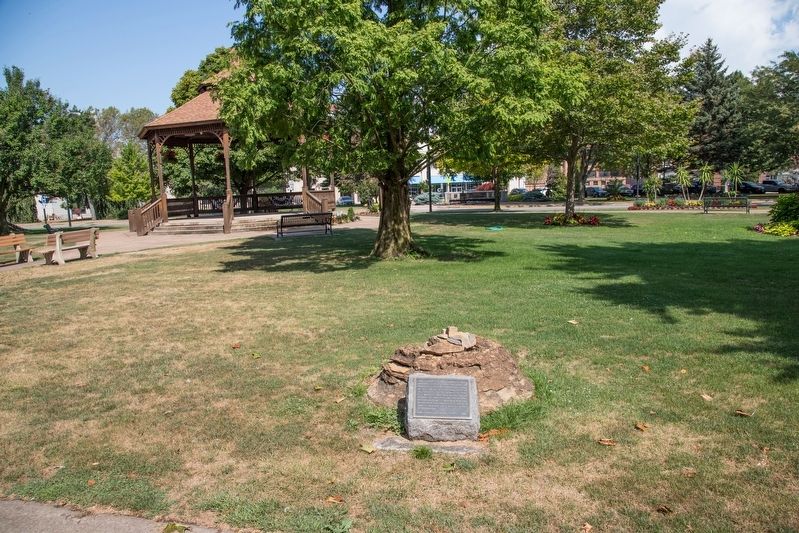 By J. J. Prats, August 7, 2019
3. The Concretion in Washington Park Near the Gazebo
of some concretions, lending credence to that theory. But not all concretions have fossils at their hearts, and not all fossils became concretions.

Another theory: Concretions might have formed when water flowed beneath the floor of the inland sea, bringing new minerals to the shale and soil. Concretions are made up of varying materials. Their cores are generally soft rock, which can wash away over time. Their shells are harder.

“Geologists liken it to a Tootsie Roll Pop—you’ve got that hard outside and soft inside,” Rich Niccum said.

Edwin Lincoln Moseley was born March 29, 1865 in Union City, Michigan, attended public schools, and graduated at the age of 15. In 1885, he graduated with the degree of Master of Arts from the University of Michigan, the youngest member of the class of 82 students. He began his teaching career at Central High School in Grand Rapids, MI, and taught science and mathematics. After a University of Michigan scientific expedition to the Philippine Islands for 12 months, Moseley continued to travel widely in China and Japan. In 1889, he was appointed teacher of science at Sandusky High School, in Sandusky, OH, and opened a museum of natural history in the high school. He continued to teach and learn his entire life and published numerous scientific papers, and became nationally known for his accurate long-range weather forecasts.

Until the publication of this book, no book had been written on the life of Edwin Lincoln Moseley (1865-1948). Moseley was probably the most widely known (and the most colorful) member of the original faculty of the Bowling Green Normal School, now Bowling Green State University. He has been recognized for his wide scientific qualification, his popular and numerous field trips, his frugal habits, his financial support of students, and the many legends generated about him—attributes of Moseley that have become the focus of this book.

Unlike most biographies, which are written in a chronological sequence, this book presents Moseley's life by topics, developed in 20 chapters. Information presented is based on writings by people who knew Moseley personally (college presidents, former students, and local friends).

Categories. • Natural Features •
More. Search the internet for This Concretion.