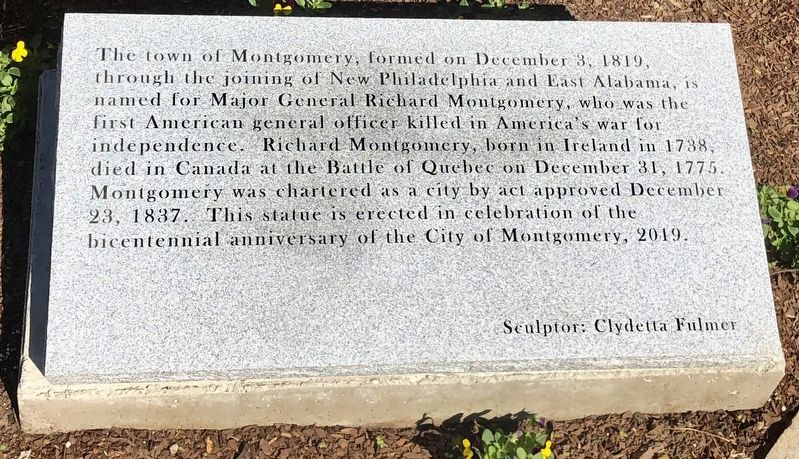 The town of Montgomery, formed on December 3, 1819, through the joining of New Philadelphia and East Alabama, is named for Major General Richard Montgomery, who was the first American general officer killed in America's war for independence. Richard Montgomery, born in Ireland in 1738, died in Canada at the Battle of Quebec on December 31, 1775. Montgomery was chartered as a city by act approved December 23, 1837. This statue is erected in celebration of the bicentennial anniversary of the City of Montgomery, 2019.
Sculptor: Clydetta Fulmer

Erected 2019 by the City of Montgomery.

Topics. This historical marker is listed in these topic lists: Settlements & Settlers • War, US Revolutionary. A significant historical date for this entry is December 3, 1819. 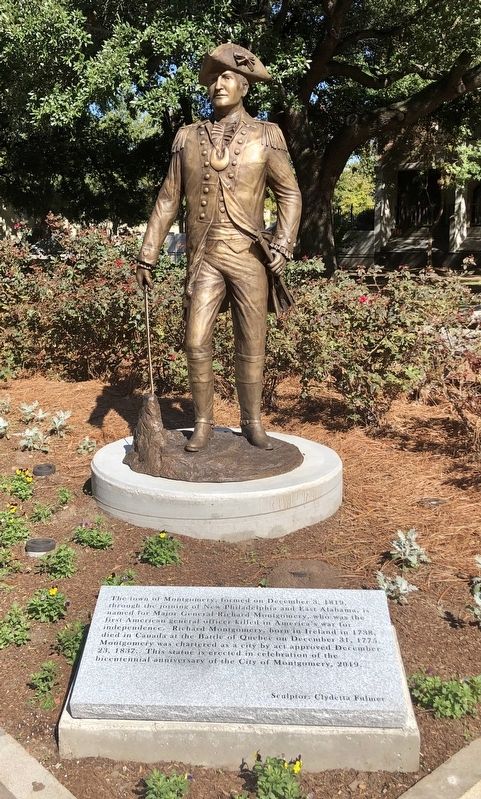 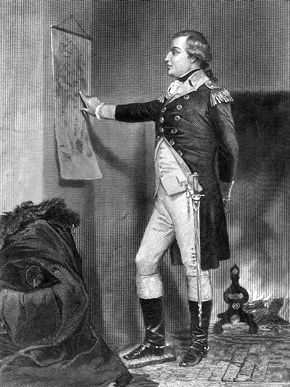 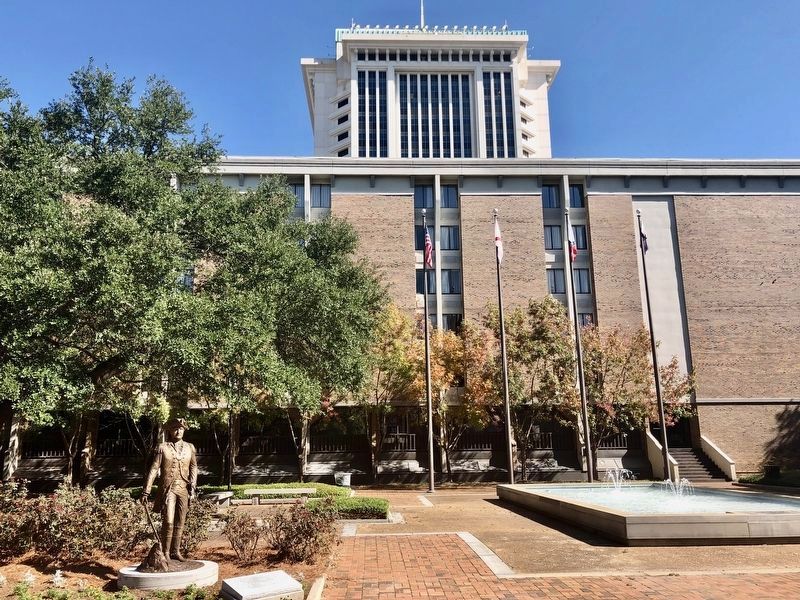