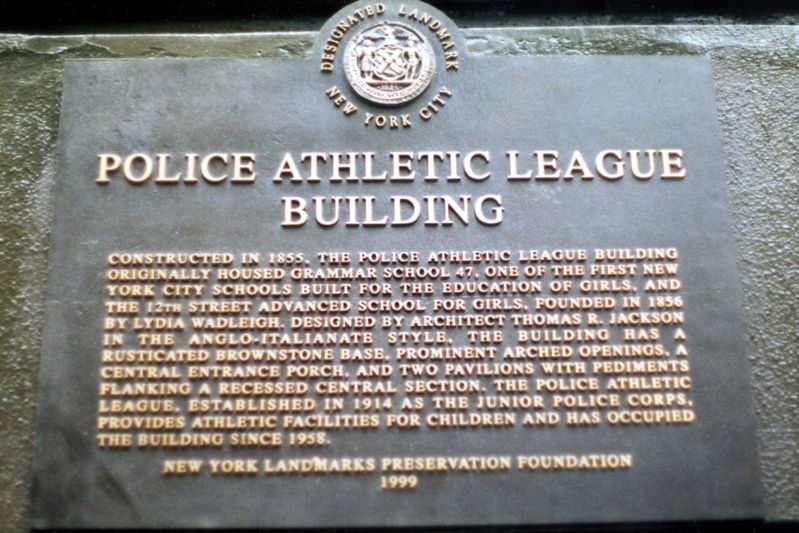 Constructed in 1885, the Police Athletic League Building originally housed Grammar School 47, one of the first New York City schools built for the education of girls, and the 12th Street Advanced School for Girls. Founded in 1856 by Lydia Wadleigh, designed by architect Thomas R. Jackson in the Anglo-Italianate style, the building has a rusticated brownstone base, prominent arched openings, a central entrance porch, and two pavilions with pediments flanking a recessed central section. The Police Athletic League, established in 1914 as the Junior Police Corps, provides athletic facilities for children and has occupied the building since 1958.
New York Landmark Preservation Foundation
1999 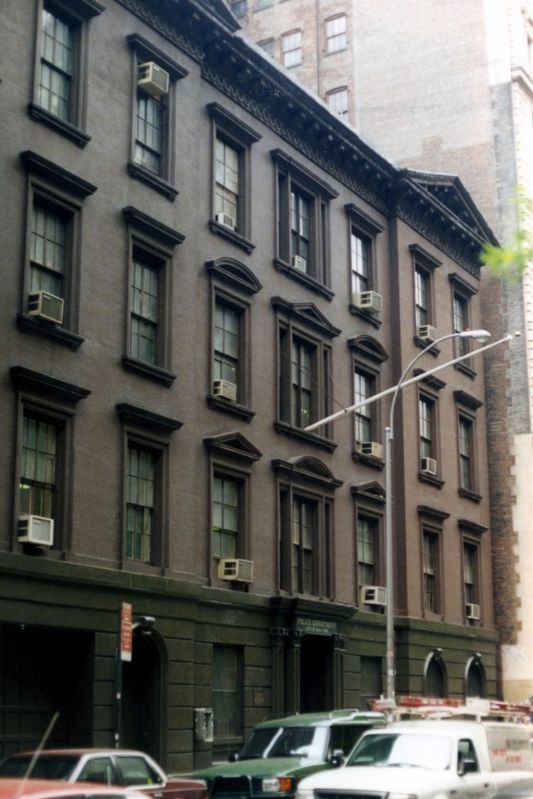