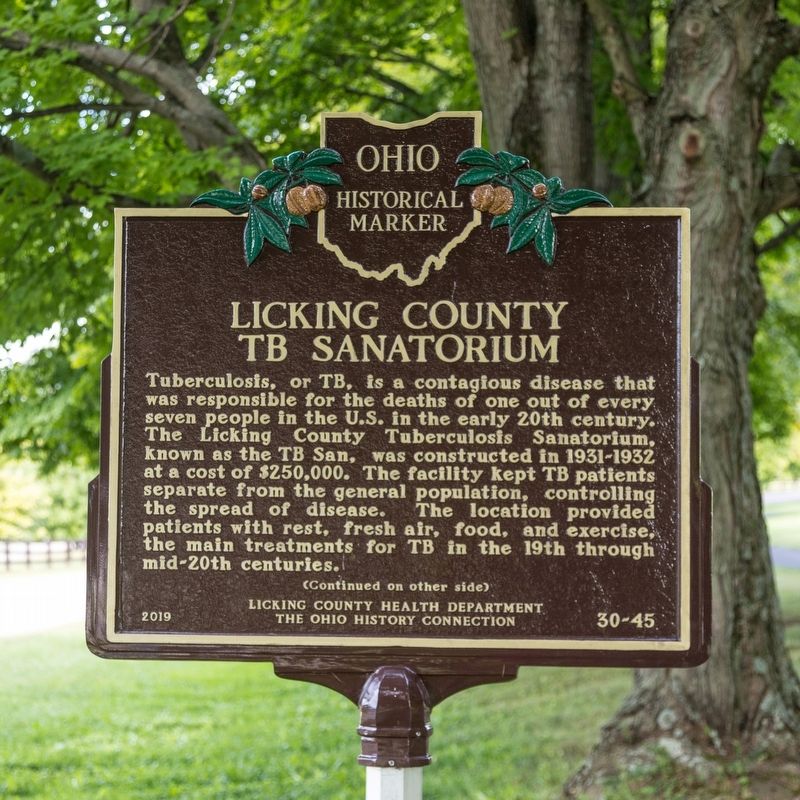 Tuberculosis, or TB, is a contagious disease that was responsible for the deaths of one out of every seven people in the U.S. in the early 20th century. The Licking County Tuberculosis Sanatorium, known as the TB San, was constructed in 1931-1932 at a cost of $250,000. The facility kept TB patients separate from the general population, controlling the spread of disease. The location provided patients with rest, fresh air, food, and exercise, the main treatments for TB in the 19th through mid-20th centuries.

The TB San served Licking County residents from September 1932 until March 1967, but by the end of 1960s TB was no longer a prevalent health concern. In 1966, the Licking County Health Department occupied the building. After the close of the TB San in 1967, the facility also held an outpatient tuberculosis clinic, the County Home (1969-1988), and other county government offices. In 2015, the health department became the building’s owner. Since opening in 1932, the facility has served the public health needs of Licking County. 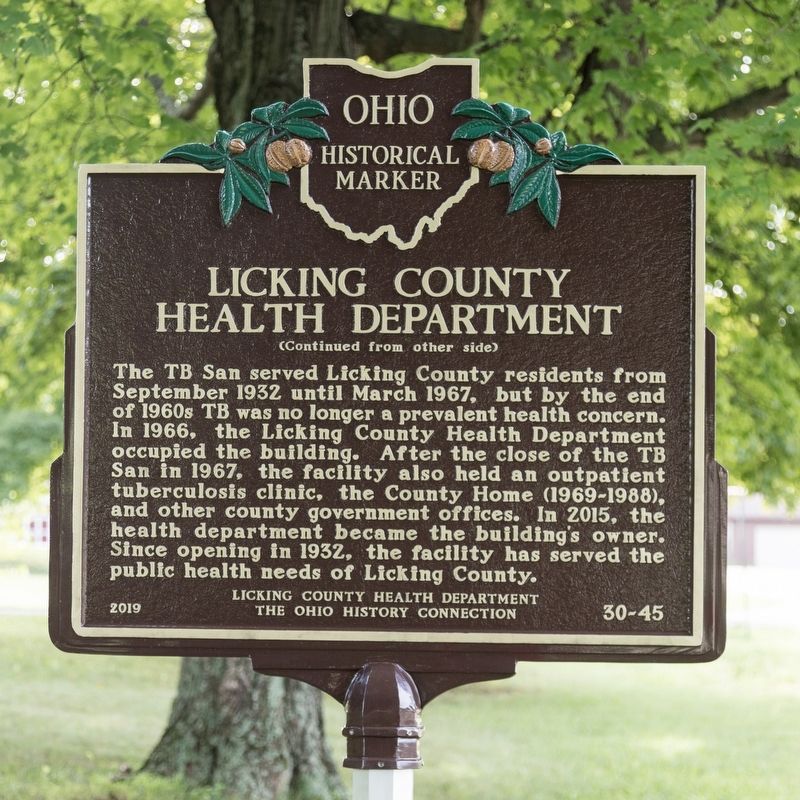 Marcia Phelps, the Licking County Municipal Court clerk, attended the historical marker dedication because of an early memory of visiting TB San. Her father stayed at the facility for a short time when Phelps was 5 years old. It was thought he might have tuberculosis, but he did not.

"It was such a scary time," Phelps said. "I just 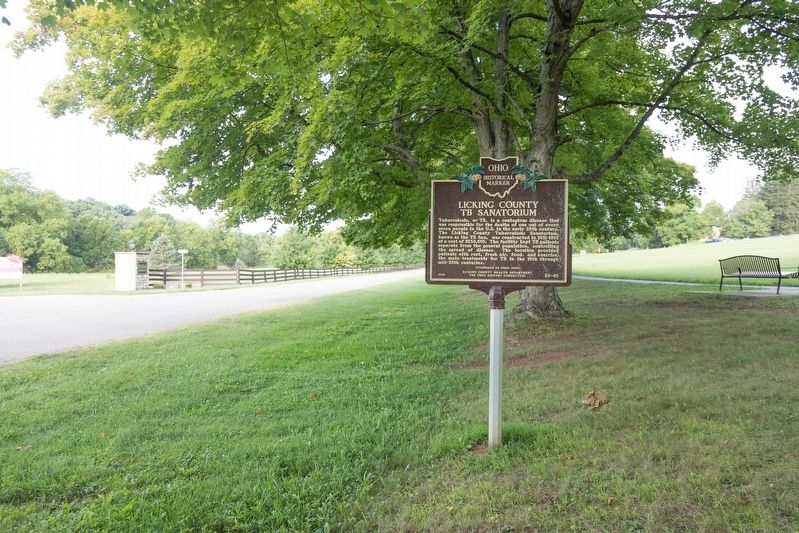 By J. J. Prats, August 23, 2019
3. Licking County TB Sanatorium / Licking County Health Department Marker
remember the worry my mom had and the worry in the family." Phelps remembers yelling to her father from outside when he was on one of the balconies. Children could not go into the facility.

Licking County Health Commissioner Joe Ebel said he sought the historical marker to coincide with this year's celebration of 100 years of public health in Ohio. The application was submitted about a year ago and Ohio History Connection approved the marker in the fall. The sign was ready by the end of March.