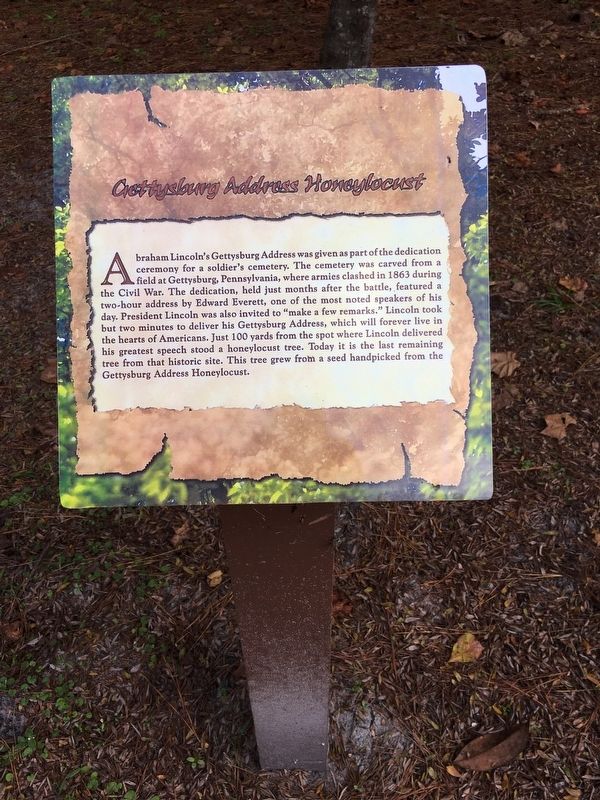 Abraham Lincoln’s Gettysburg Address was given as part of the dedication ceremony for a soldier’s cemetery. The cemetery was carved from a field at Gettysburg, Pennsylvania, where armies clashed in 1863 during the Civil War. The dedication, held just months after the battle, featured a two-hour address by Edward Everett, one of the most noted speakers of his day. President Lincoln was also invited to “make a few remarks.” Lincoln took but two minutes to deliver his Gettysburg Address, which will forever live in the hearts of Americans. Just 100 yards from the spot where Lincoln delivered his greatest speech stood a honeylocust tree. Today it is the last remaining tree from that historic site. This tree grew from a seed handpicked from the Gettysburg Address Honeylocust.

Location. 30° 20.202′ N, 81° 51.959′ W. Marker is in Jacksonville, Florida, in Duval County. Marker can be reached from Halsema Road North 0.4 miles north of Old Plank Road, on the right when traveling north. Located within the Camp Milton Historic Preserve. Touch for map. 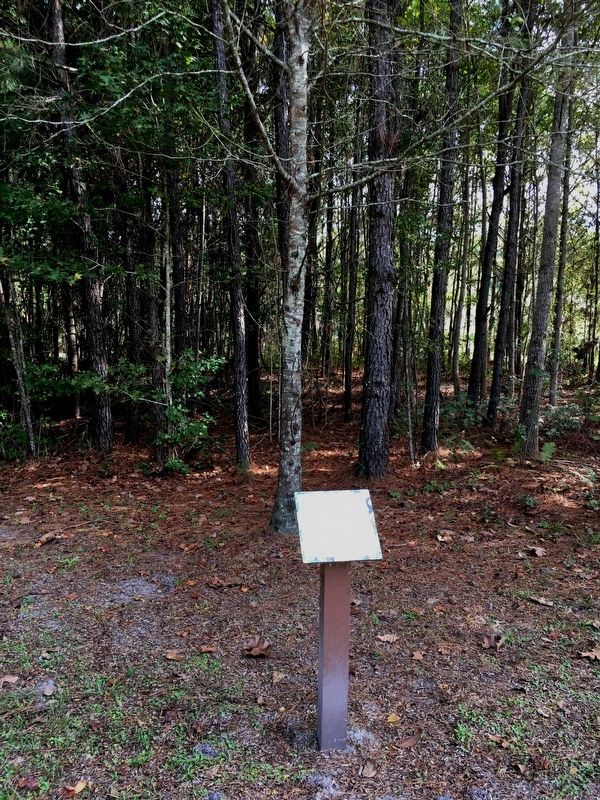